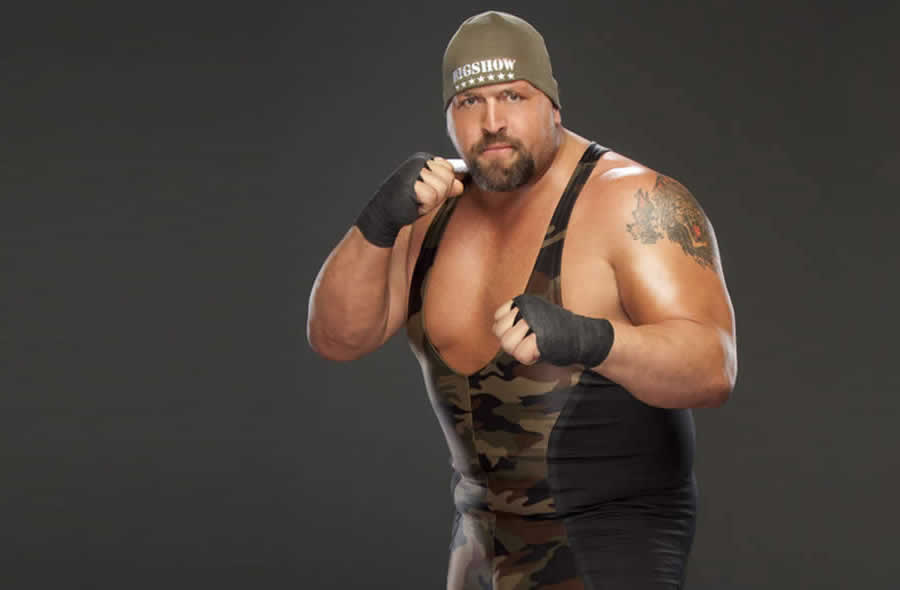 I think the title of this post says it all. I really wish Paul Wight, aka The Big Show, aka The Giant, would just retire. I want him to not appear on my television, iPad, Roku, PS3 or Smart Bluray player (for just $9.99 a month) ever again. Now, I don’t want you guys to think I dislike Paul as a person, or want to take away from all he has accomplished in and out of the ring throughout his professional wrestling career, I just think it’s time for the soon-to-be-43 year old to step away from the ring and head on home. Or to someone else’s house. Just off my TV.

OK, if I’m going to trash the man all post long, I should probably talk about the many great things the South Carolina native has accomplished throughout his illustrious carrer. We first met Wight in World Championship Wrestling in 1995, where he was billed as “The Giant” in Kevin Sullivan’s Dungeon of Doom stable with the back story that he was the son of the legendary Andre the Giant (yes, it’s a little lame to invoke the dead to sell tickets, but it’s wrestling. What do you want?). The Giant actually won the WCW title in his first official match, at Halloween Havoc that year against the immortal Hulk Hogan. This led to a solid main event run and a feud with the Hulkster for Wight, which basically made his career. Like everyone else in WCW, he eventually joined the NWO, got stale and left for greener pastures.

Those pastures were in Stamford, CT, where Wight signed a ten-year deal with WWE in 1999 and made his debut at the St. Valentine’s Day Massacre PPV. At the show, he attempted to help Mr. McMahon beat “Stone Cold” Steve Austin in a cage match, but it backfired and actually caused Austin to win the match instead. He’s been in the WWE ever since. For me, his most memorable feud came in late 1999, when he spent a few months feuding with The Big Boss Man. Highlights of the feud included The Big Show’s storyline father dying of cancer, and the Boss Man crashing the funeral (video below), chaining the casket to the back of his car – which was, of course, the car from The Blues Brothers – and driving off with Wight clinging for dear life to the casket… which contained his dead father’s corpse. Was it over the top and tasteless? Of course! But that was par for the Attittude Era’s course, and we all enjoyed it.

Over the last 15 years, he’s meandered around the WWE, holding just about every meaningful belt at one time or another, including two WWE Championship runs. He’s had some other memorable moments, like when he would dress up as different people or wrestlers and impersonate them in the ring (Hogan was by far the best) and when he and Brock Lesnar broke Smackdown, but he’s otherwise had a pretty normal (except for the longevity factor) and unexceptional career.

It’s not that he’s a bad performer or anything. He’s huge, he can talk and he was once possibly the most agile big man in WWE history. It’s that, at 7’0″ and anywhere from 400 to 500 lbs, is there any way he shouldn’t be constantly trying to win the WWE title, or in the picture at least? Why would a man his size ever be trying to stay in the mid-card? How would anyone stop him from just going imposing his will? The only guy to really ever pull off the mid-card big man who didn’t want the title was Andre the Giant, and even he had to have his one big run and be fed to Hogan at some point. At this point, Big Show’s character is completely unbelievable to me. You never, at any point, have any fear of him. It’s not his fault, it’s that he’s been around for almost 20 years now, and he’s been proven vulnerable time and time again. In the old days, big guys didn’t last long. You’d bring in a King Kong Bundy, Haystacks Calhoun, Kamala or a One Man Gang, have him feud with your top good guy, eventually lose and go do the same thing somewhere else. Eventually, you could bring them back to take on a new champion. The business isn’t like that anymore, so once you build up a monster, feud him with your champion and then have him lose, he has to immediately go back to being a nobody in the same place. There’s no time to miss him and forget how badly he was beaten. We’ve seen Wight hit the reset button so many times, that its never truly believable when he’s challenging the next time. The only guy I’ve seen almost pull this off is Mark Henry last year, but the weird part about him was that he never got that over until the late stage in his career, and then had his big run at John Cena.

Big Show, as nice a guy as I’m sure he is, and as charismatic and impressively big as he is, has burned through all of his creditability as a character, whether as a good guy or a bad guy. No one wants to cheer a giant good guy, and no one believes him as a heel anymore. He has nowhere to go but out. Please, Big Show. We love you and appreciate everything you’ve done to entertain us over the years, but you need to retire. I hear Raw needs a new General Manager…