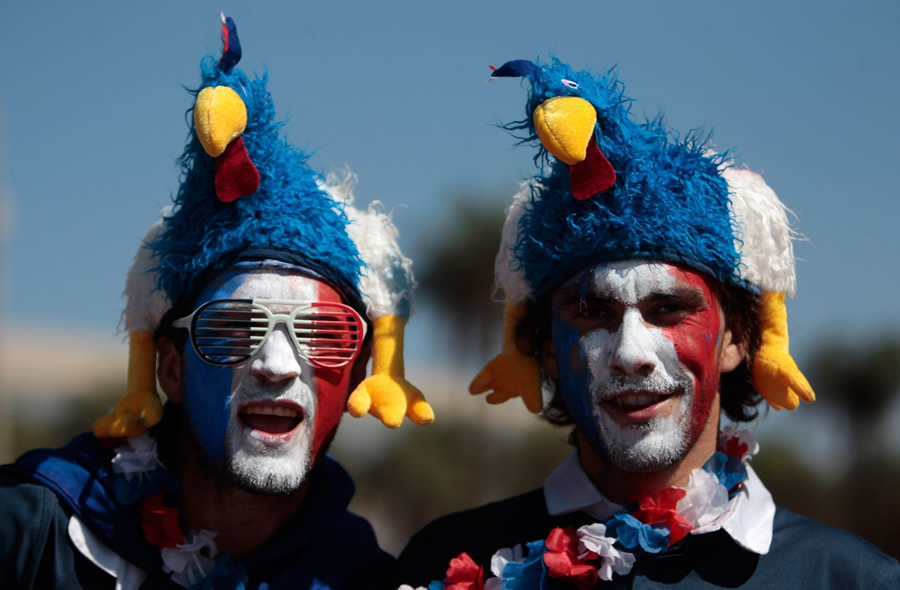 Fútbol in Colombia is on the rise across the board. 20 years ago, the program all but dried up with the murder of star defenseman Andrés Escobar (and when all that drug cartel money dried up). Well, the men’s team made their first World Cup in 20 years in 2014, and made it all the way to the quarterfinals. The women’s team, which didn’t play it’s first top level FIFA match until 2003 and just qualified for their first World Cup in 2011, made a shocking run through the Copa America and almost won it all (they even held the mighty Brazil scoreless in the final!) The team is known for its speed on the flanks and tight defense, but lack the pedigree to make it too far at this level just yet.

If you’re looking for a special player, look no further than 21-year old midfielder Yoreli Rincón (pictured). Branded a prodigy, and “the next Marta” after some scintillating performances at the U-20 level, Rincón’s career has somewhat floundered in the years since. There’s no doubt the talent has been there, but her fitness and attitude have often been questioned. She barely played in the 2011 World Cup and didn’t play at all in the 2012 Olympics, and her club career has been similar. During the Copa America last year, Rincón seemed to put something together, scoring three goals and winning the tournament player of the year award. Has she put it all together, or was that just a flash like so many before? Colombia’s hopes hinge on that question.

While researching this team, I read the following on ESPNW: “In their previous trips to the World Cup, the English have been good enough to get to the knockout stage, but a disappointment in those big moments.” After taking time to make sure I had clicked on a preview for the English women’s team, and not accidentally clicked on a preview for their men’s team, I continued my research. England has always performed well in qualifiers, but the Three Lionesses have never made it further than the quarterfinals. Thank God for shady refereeing in the 1966 final, or England as a whole might have never won a World Cup at all. Why do their fans even bother?

Anyway, this particular English women’s team has outperformed every other one before it, as they picked up every possible point during qualifying and won their group. This is a group in transition, as superstars of yesteryear, like Kelly Smith, have retired and the squad paves the way for new stars to emerge. One of those who will have to step up is 28 year old Nigerian-born forward Eniola Aluko. Aluko is no rookie, as she’s been a part of the national system since she was 14, and made her big club debut at age 17, and she needs to prove she’s ready to lead this offense now that Smith is gone. Aluko scored 13 of England’s 52 qualifying goals, which has me thinking she’s could be poised to take England deep into this tournament. I think everyone’s just hoping she doesn’t repeat her struggles and Twitter fighting from the 2011 cup. I think this could be the year England finally wins it all. Or, they’ll just lose too early, like every other year ever in the history of this country (except shady ’66). Seriously. Even the Mets have two World Series titles.

The French women are a bit of an anomaly, in that they’re considered one of the best teams in the world, but haven’t actually won any international tournaments. Their best finish at a World Cup is fourth in 2011, their best Olympic finish was, once again, fourth in London 2012 and their best European Championship finish is the quarterfinals, which they have achieved at consecutive tournaments. And yet, despite not winning anything, it’s still basically accepted fact that they’re really, really good. Don’t get me wrong, I’m not here to argue that they shouldn’t be considered among the best, I just think it’s interesting.

A lot of the praise for the French side comes because of their technically sound play. They can play in tight spaces, and last World Cup, they led the tournament with 71 shots from outside the penalty area, 32% of which were on target (also the best). You can see how it would be hard to defend against a team that doesn’t need much room to operate and doesn’t need to be up close and personal to get one in the net. To steal a line from my dear friend Andrew Kelley, the ladies can play their baguettes off (I should note that AK said the phrase about freezing our baguettes off because it was too cold outside, but whatever… editorial liberty). Most of their starters also play their club ball on either Paris Saint-Germain or Olympique Lyon, so they all know each other very well. Finally, six of their players have been capped at least 100 times. Experience, camaraderie and talent can take you far in a tournament like this. Anyway, the French steamrolled their qualifying group, winning all ten games and outscored opponents 54-3. The key player for this French side will be Louisa Necib. Necib, a midfielder who plays for Lyon, has the skill and talent to take over a tournament, but hasn’t quite gotten there yet. Could this be the year for both her and France?

How qualified: 3rd in CONCACAF qualifying

If you thought it was crazy that USMNT coach Jurgen Klinsmann had six foreign-born players on his 2014 Men’s World Cup team, just wait till you get a load of Mexico. Of the 23 players on the World Cup roster, ten were born in the United States. This happens a lot because competition to make the USWNT roster is extremely fierce, and every player grows up dreaming of playing in a World Cup. Sometimes you just gotta do what you gotta do. Anyway, even some of those players born in Mexico have ended up playing their college soccer in the United Stats, and even more eventually play their pro ball here, so the American influence is pretty strong with Las Tri.

While Mexico doesn’t have the same pedigree as their male counterparts, they’re a team that has been known to shock the fútbol world every once in a while, like when they beat the United States 2-1 at the 2010 CONCACAF Championship and forced the USWNT to win the third place game to qualify for the cup. Although she won’t score many goals, I think the key player is Palo Alto, CA native Teresa Noyola. The 25-year old Noyola recently made headlines when allegations arose that the Canadian Soccer Association threatened her, and other players involved in the turf law suit controversy. Most soccer people know her because she spent time in the US youth system, went to Stanford and even played at a World Cup for the Americans at the U-20 level before current USWNT head coach Jill Ellis advised her that her best bet to play in a World Cup was to go play for Mexico (she wasn’t a dick about it, don’t get me wrong). Noyola made the switch officially in 2010. While the inclusion of so many American-born players has always been a bit controversial with fans, Las Tri will need her to run the offense if they’re going to make it out of this group.

For my final group prediction, and to solidify my soon-to-be 100% accuracy rating, I’m going to say that France and England finish first and second respectively, and Mexico moves on with the final third place spot. Boom. Thank you all for reading my predictions, we’ll see how it all turns out!