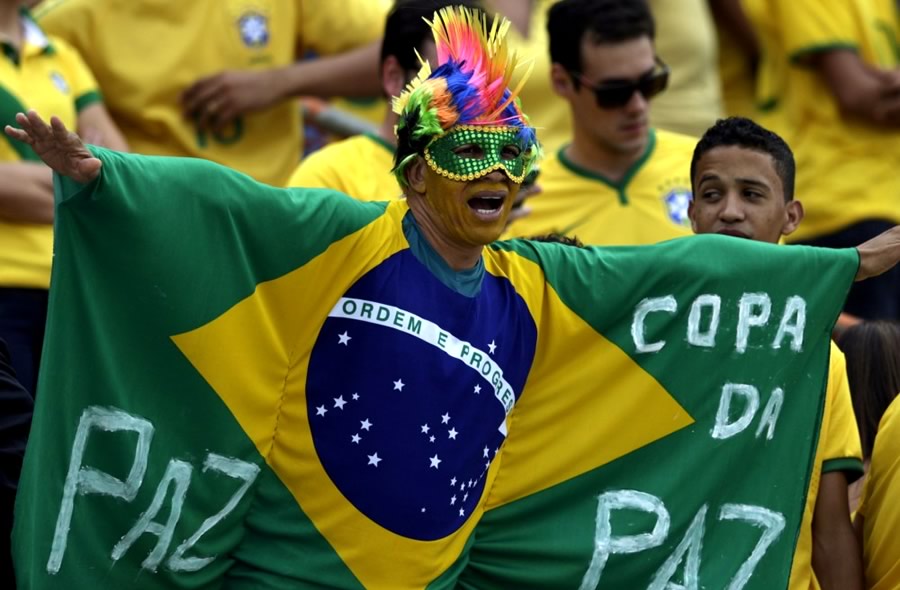 We are rolling right along in our 2015 FIFA Women’s World Cup group stage previews! You can catch up on all the ones we’ve done so far by heading here. Group E features a couple of teams, in Brazil and Spain, that have become world powers on the men’s side and are climbing the women’s ranks too, and a couple of others, in Korea Republic and Costa Rica, that are still trying to establish themselves internationally. Enjoy!

Brazil: As Canarinhas (The Little Canaries)

How qualified: Won the Copa America

When you think of fútbol, you think of Brazil. O Jogo Bonito (the beautiful game) is a term that is now know around the world because of the Latin American country. Unfortunately, it’s the men’s version that gets all of the attention and funding, with the women often getting left out in the cold. Although some would point to the fact that the Brazilian women have never won a World Cup as a factor, a lot of it has to do with the cultural attitude that fútbol is a man’s sport, and that women shouldn’t play it. In fact, women were banned from playing the sport in brazil, even recreationally, from 1941-1979–an era that was pretty much dominated by Pelé, Garrincha and the men’s seleção. Today, despite the fact that an estimated 400,000 women play fútbol in Brazil, sponsorship are very uncommon, and good luck trying to find women’s games on TV. You can read more about the challenges faced by the Brazilian women here, if you are interested.

Anyway, this is all kind of maddening because As Canarinhas (as they are known), boast a young woman who might just be the best player ever to put on spikes. Marta Viera da Silva–Just call her Marta, please–is in a tier of her own when it comes to the women’s game. Many have called her the Lionel Messi of women, and Pelé called her “Pelé with a skirt” (god… Pelé loves him some Pelé, doesn’t he?). Frankly, I think she’s just Marta. As good as Messi and Pelé are and were respectively, there are guys in history you can point to that come close to their level of talent. I don’t think anyone can really touch Marta. She’s a five-time FIFA World Player of the year (from 2006-2010), and, although she’s just 29 years old has finished in the top three eleven times (nine in the top two). Only Birgit Prinz comes close, with 8 top two finishes, but the German only won the award thrice–Coincidentally, the last three before Marta started winning them. I know fútbol is not an individual sport, but Marta, like Messi and Pelé before her, comes close to making it just that. If she’s on, there’s no stopping Brazil.

At the 2014 men’s World Cup, the Ticos shocked the world by winning their group (which included a victory over my very own Uruguay), and all the way to the quarterfinals, where they lost in a shootout to the Netherlands. The Costa Rican women must have taken that as a challenge, because they took out Mexico to finish second in the CONCACAF qualifying tournament and qualified for their first ever Women’s World Cup. This squad is very technically sound, which has made them a bit of a hassle for other teams to deal with in the open field. Although the Ticas are riding the high of competing in their first World Cup, that lack of international experience will surely hold them back in Canada. They have been beaten pretty badly by every major team they have faced–most recently 6-0 in the CONCACAF Championship final by the USWNT–and, although they can build on those games, they won’t be ready to make a significant splash in the tournament, and will probably finish last in this group.

That being said, there’s still plenty to watch out for from the Ticas. Midfielder Shirley Cruz has been on the team since 2003, and it is her experience that will be leading this team to any potential upsets. The most interesting story on the team, however, is 15-year old Gloriana Villalobos. Yes, you read that correctly. The midfielder made her senior team debut at 14, and has already featured at both the U17 and U20 championships. Villalobos ha the potential to be a special player for Costa Rica, but at the very least it will be fun to see how she holds up against adult competition.

How qualified: Finished 4th in the AFC Asian Cup

In case you’re wondering, the Taegeuk is the symbol at the center of the South Korean flag. The first thing you need to know about the actual South Korean team is that they’re very young. Youth is great, but that also leads to inexperience, which makes it harder to win. Fortunately, for the Taegeuk Ladies, their youth comes with a ton of talent. Many of the players on this squad were un the U-17 World Cup championship squad, or the 2010 U20 World Cup third place team. That youth has matured, and should not be taken lightly by the other group members.

The key to the Korean offense is 24-year old forward So-Yeon Ji. Ji is one of only two players on this club that play their club ball on foreign soil. She plays in England for the Chelsea ladies, and was even named the Super League Player of the Year last season. She has world class talent, but things will get difficult if she has to carry this squad solely on her shoulders. I think she’s good enough to get them through to the knockout stages via one of the third place spots, but I don’t see this team getting much further at this World Cup.

Despite having never before qualified for a World Cup, Spain slashed through their qualifying and won their group. La Roja went undefeated in ten games, outscoring their opponents 42-2 in the process. This has been a long road to the tournament for Spain, but the amazing part of it is that there has pretty much only been one driver. Head coach Ignacio Quereda has been at the helm for 27 years. He started in 1988. Just to put it in perspective, although clandestine unofficial women’s teams began springing up in 1970, Spain’s first official national women’s game was in 1985! Quereda has been coach for 90% of the program’s history. Who does he think he is, Connie Mack? Is he gonna start wearing ridiculous hats like that soon?

As you would expect from a Spanish team, the offense for La Roja involves a lot of passing and ball control. However, they’re a smaller team who could struggle to maintain possession against bigger and more powerful opponents. That being said, they don’t just pass the ball back and forth to each other. They know how to score goals. Midfielder Veronica Boquete, Spain’s 28-year old captain, is one of the most skilled and flashy players in the world, and scored two of their five European Championship goals. Boquete is dangerous, but teammates Natalia Pablos and Sonia Bermudez might be the team’s biggest threats. The two, who play for Arsenal and Barcelona respectively, combined for 22 goals in the 10 qualifying games. If that three-headed monster gets going, I think Spain’s going to the knockout round.

The winner of this group will be Brazil, which should be pretty obvious. I think Spain will definitely take the second spot, and South Korea will qualify with one of those third place slots. As much as I would like to see a 15-year old in the knockout round, I think the Ticas’ story ends here.