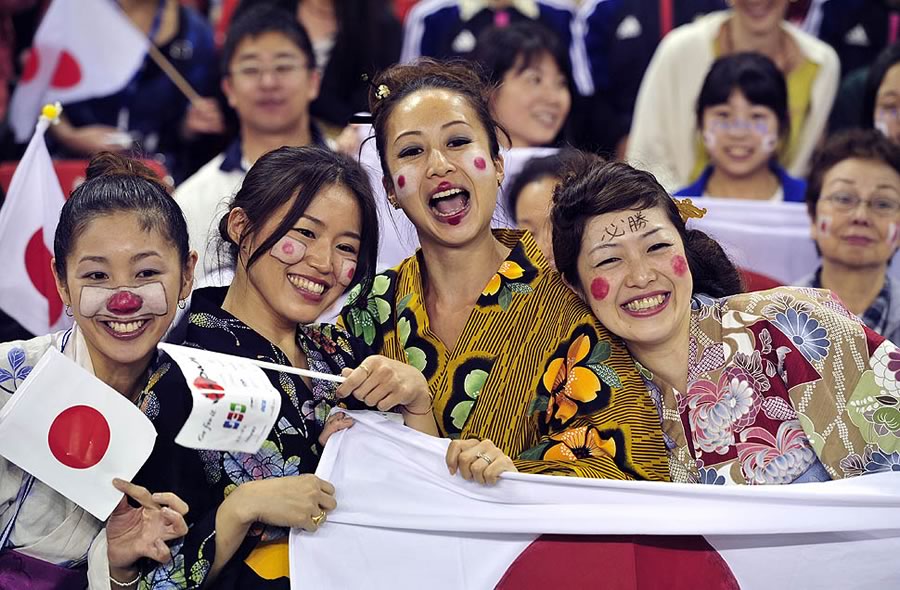 We’re just a handful of days away from kickoff and, even though Sepp Blatter resigned yesterday, we need to continue our 2015 FIFA Women’s World Cup group stage preview. The winner of this group is pretty clear, but the other three teams are making their World Cup debuts, which could get interesting. It’s time to get to know Group C!

How qualified: Runner-up in the African Nations Cup

Because FIFA, in my opinion rightfully, decided to expand the Women’s World Cup field of participants to 24, we have a lot of first timers appearing in this year’s tournament. After all, when you expand the field, you’re gonna get hop-ons, but I think this will help the sport grow more and more. One day, there will probably be 32 teams, and it will be awesome. Anyway, let’s talk about Cameroon. Despite the fact that this team has never been in a World Cup, and is a relatively young squad, most of their players play on big European club teams, so they have some top-flight experience to bring to the dance in Canada.

Everything I’ve read about Les Lionnes tells me that they are a great defensive squad. Because of this, their most important player in Canada could be goalkeeper Annette Ngo Ndom. Ndom, who plays her club ball for FK Union Nové Zámky of Slovakia, was named player of the tournament at the African Women’s Championship, and will play a huge role in whether or not Cameroon moves on from this group. If you don’t think a goalkeeper can make a difference in a match, go watch yourself some Tim Howard against Belgium from last year’s Men’s World Cup. That being said, you have to score goals if you’re gonna go far in this tournament. Cameroonians are hoping 19-year old Midfielder Raissa Feudjio, the youngest member of this squad, can do something about that. Feudjio plays her club ball for Merilappi United in Finland, and scored two goals in eight international games last season. Les Lionnes could rely heavily on her to provide the clout ahead of their stingy D.

How qualified: Won a playoff against Trinidad and Tobago to get in

Ecuador is literally the last team to get to the party. They basically snuck in by beating Trinidad and Tobago 1-0 on aggregate in a two-game playoff and snagged the 24th and final spot in the World Cup finals. That playoff, however, is pretty indicative of how Ecuador plays ball. They grind out games, using shut down defense and overall team toughness and determination to overcome a lack of technical ability. They’ll never light up the scoreboard, and probably aren’t fun to watch from a fan’s perspective, but hey… in is in.

Ecuador have a couple of players you really need to know about. The first is 22-year old Forward Giannina Lattanzio. Lattanzio was actually born and raised in Italy, only moving to Ecuador at age 18. However, according to an interview she did with ElUniverso.com, she has the distinction of having played for the Inter Milan women’s side in the Coppa Italia, hold onto your hats, at age 13. What in the world? We thought we had something special when 14-year old Freddy Adu signed with DC United? Apparently, Freddy ain’t got nothin’ on Giannina. Anyway, I always say you can’t win without goals, so they’re gonna need someone to step up. Why not Giannina? It’s just a fun name to say. It’s-ah me! Giannina! Anyway, the other intriguing woman on this squad is former college sprinter, and current Forward, Carina Caicedo. Call her Peter Pan, cuz she can fly.

First of all, I think you should know that the nickname Nadeshiko Japan comes from another term, “yamato nadeshiko,” which is a Japanese term meaning the “personification of an idealized Japanese woman,” or “the epitome of pure, feminine beauty.” When you combine that with the ass-kicking they gave the rest of the field in the 2011 tournament (including the good ol’ US of A in the final), you get your reigning, defending, undisputed World Cup Champions. Let’s also keep in mind that Japan finished with a silver medal in the 2012 Olympics, and is the only team in this group that has ever played in a World Cup before. Pssst… I think they’re gonna win this group.

This is a very experienced Japanese side. As I mentioned, they’ve sipped from the chalice of victory before, and they’re looking awful thirsty again this year. They are led by 36-year old Midfielder Homare Sawa, who is about to play in her sixth World Cup, which would tie her with Brazil’s Formiga–assuming Formiga plays in this tournament, as she is on the Brazilian squad–for the most World Cups participated in by a player. If you do the math, that means Sawa’s been playing in World Cups since 1995, when she was 16 years old, and I was getting ready to enter high school, and the U.S. Men’s uniforms looked like this. Anyway, Sawa is the leader, but I think the key player is Striker Yuki Ogimi. The 27-year old Ogimi has been playing in Europe since 2010 (including runs at Chelsea and Wolfsberg), which has helped her develop a much tougher style of play than a lot of her teammates. While they have won with finesse before, toughness and grit always help.

The only negative for these women, other than the lack of toughness and physicality, is actually the very same experience that we lauded in the last paragraph. There’s a thin line between being experienced and being old, and the fact that Japan finished ninth in March’s Algarve Cup could be a sign that the tide is turning. We’ll find out in a week!

It’s easy to dismiss rookies. Who do these first-time punks think they are? Get outta here, kid… ya bother me! Nobody in this group better even think about doing that to Switzerland. They might be making their first World Cup appearance, but La Nati kicked down the door and stormed their way into this tournament like they owned the place. They outscored their opponents 53-1 in qualifying, winning their group in the process. They are a squad that has always been on the verge of something, but have built themselves up piece by piece over the years, and are now ready to hit the scene with authority. Their coach, former three-time World Cupper Martina Voss-Tecklenburg, has helped them put it all together for Canada.

If you’re looking for a key player, there might not be anyone more key than Forward Ramona Bachmann. Our very own Jacqueline Purdy provided some Bachmann highlights in her debut post earlier this morning, so go check that out for more info on her. Flat out, she’s tremendous. Bachmann actually played for the Atlanta Beat of the now defunct Women’s Professional Soccer league as a 19-year old five years ago, but she’s made her bones in the Swedish league, where she has become a top scorer for FC Rosengård. She might be one of the top players to watch in this whole tournament, so everyone pay attention. Also of note, the Swiss have 19-year old Noelle Maritz, who was born in Newport Beach, California, and former Ohio State Standout Lara Dickenmann, on the squad and ready to run wild over Group C, brother.

I almost convinced myself to pick the Swiss as I was writing this post, but I have to stick with the old guard. Japan will use their experience to win the group, even if its on goal differential, and the Swiss will take second. I’m not really sold on any of the other teams’ chances at gaining one of the third place spots… but maybe Giannina can lead Ecuador there?