Warning: "continue" targeting switch is equivalent to "break". Did you mean to use "continue 2"? in /nfs/c11/h04/mnt/193474/domains/jobusrum.com/html/wp-content/plugins/wp-author-box-lite/includes/ReduxFramework/ReduxCore/inc/extensions/customizer/extension_customizer.php on line 478
 WrestleMania Predictions: Nostradamus Ain't Got Nothin' on Me! | Jobu's Rum
Skip to content 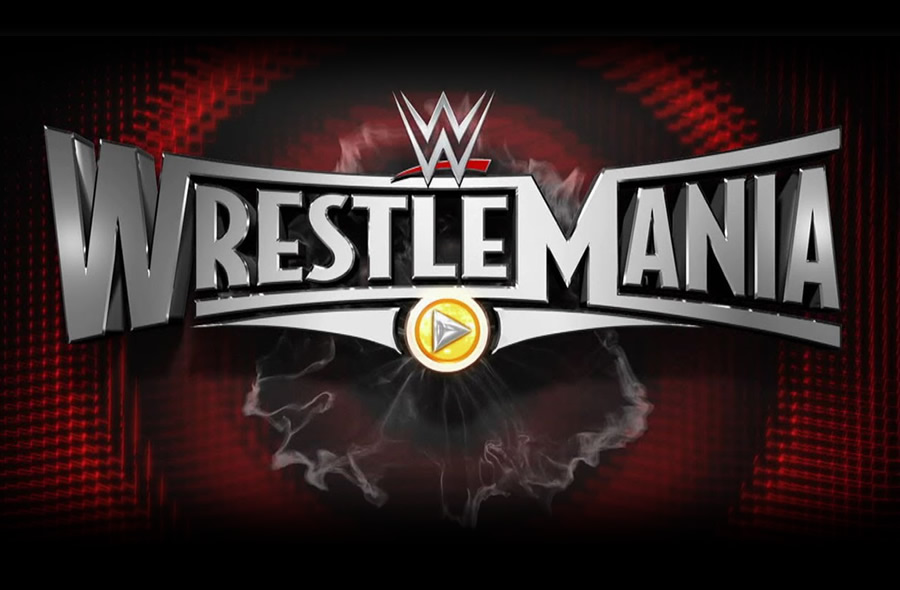 [dropcap]G[/dropcap]ather round young and old and I’ll tell ye a tale of a Mania and how it all will go down. WrestleMania 31 is upon us and the time for talk is over! As is customary, this wrestling analyst will provide you with his unique predictions for the biggest event of the year. In fact, just to cover the bases, I will give not only what I think will happen, but also what I think should happen. Enjoy!

Combatants: The Usos vs. The New Day vs. Los Matadores vs. Tyson Kidd and Cesaro (champions)

What should happen: The winners of this awkwardly booked match should be the Usos. Even though Jay Uso is nursing a shoulder injury, they have been the most consistent and best booked team in the company, and deserve the win. Tyson Kidd and Cesaro are a good team, but I just think that the Usos are the best team in the division at this time, and should be the ones to carry the division forward.

What will happen: WWE probably agrees with me, and will have the Usos win back their championships. From a storyline standpoint, they have the biggest beef with the champions Kidd and Cesaro, and a win would further that storyline. Also, having a baby face team with actual crowd connection (sorry, New Day) win on the first match should pump up the crowd, which is always a good idea.

What should happen: Read my last post: Unleash the Demon King!

What will happen: The Miz will shock the world and win the Andre the Giant Memorial Battle Royal. The WWE Universe has been getting behind Damian Mizdow since last fall, and you would think Mania would be the time to have him finally get over on the Miz and win it all, right? You would also think Big Show, Kane or even Ryback could get the nod because of past accomplishments, or to build a new star, right?? Maybe an underdog like Curtis Axel, Zack Ryder or Hideo Itami would get a big break to shock the crowd, right???

Well, all of those options are wrong. Miz will win and here is why. Miz is the most hated wrestler on the roster, period. To keep that heat for a slew of young baby faces in the midcard, let the Miz win and he can be used to get the likes of Mizdow, Ambrose and NXT call ups like Neville and Balor over.

What should happen: Easy. Dean Ambrose should win this match and leave his second straight PPV with the Intercontinental Championship–although this time it will be rightfully gained. Ambrose has the highest ceiling of anyone in this match (sorry Daniel Bryan and Dolph Ziggler fans), and would gain the most from a big win here. Ziggler and Bryan look destined to feud after this match, and they don’t need a belt to help that program. Give Ambrose the belt and he can feud against anyone of the heels (Stardust, Barrett, Harper and most likely Sheamus) and it would be great. Ambrose has the potential to headline WrestleMania 32, so get him started down that path with a huge win this year ala John Cena over Big Show at WrestleMania 20.

What will happen: Easy. Daniel Bryan wins. WWE is loath to have the audience crap on the rest of the event because Bryan loses again. The company also wants to bring the luster of the midcard belts back by putting them on top drawing superstars. Finally, they also want to have Daniel Bryan lead the SmackDown show, and he can do so with a belt to defend. This is an easy decision for WWE in the short term. However, there are better choices for the long run.

What should happen: Randy Orton should lose at Mania to put over a younger star. Rollins has been very hot lately, and has been a staple in the title picture since he became Mr. Money in the Bank. Just like he did at SummerSlam, when he put Reigns over, it is now Orton’s turn to do the honors for Rollins.

What will happen: Randy Orton will be doing the honors for Rollins. It makes too much sense for Rollins to win. The only way this doesn’t happen is if Rollins cashes in Money in the Bank, and WWE wants to protect that swerve by having Rollins lose.

What should happen: John Cena should end Rusev’s undefeated streak. Rusev has developed so much in a year, that he has truly earned his spot on the WrestleMania card. One would suggest that having Rusev defeat Cena would be the best for keeping his momentum. I disagree. Rusev has proven what a dominant force he is in the ring. Now he needs to prove he can keep his dominance after losing his title. Rusev would do better losing here and chasing to recapture the belt from Cena. Cena would benefit from having more matches with someone who has actually been booked to beat him. Both need to continue their feud through the next couple of months.

What will happen: Cena will win because he is John Cena and, for once, I agree with that statement. Unlike last year with Bray Wyatt, Cena should go over here because it will help both wrestlers.

Bray Wyatt vs. The Undertaker

What should happen: The Undertaker should beat Bray Wyatt. This match has not been billed as a retirement match (that will most likely be next year, as Undertaker will also go into the WWE Hall of Fame too and ‘Mania is in his home state of Texas), and you need to keep Undertaker in somewhat credible shape after last year’s loss. A win, which will hurt Bray Wyatt, would keep Undertaker relevant heading into his next/last appearance at WrestleMania 32.

What will happen: I think WWE is looking long term with the Undertaker and Bray Wyatt and will more than likely have Wyatt win to keep him strong for either Lesnar or Reigns heading into SummerSlam. If Wyatt wins, it will not be clean and the Undertaker would have to be booked strongly so that he is still a draw for his hometown WrestleMania next year.

The Bella twins vs. A.J. Lee and Paige

What should happen: The Bella twins lose and go away to reality television, and A.J. and Paige have an impromptu mat classic over the Divas championship and steal the show (#GiveDivasAChance)!!!!

What will happen: It doesn’t matter, because I will most likely be taking a bathroom break here. Seriously, the Bellas will win because John Cena and Daniel Bryan > C.M. Punk (in the eyes of WWE management).

What should happen: Sting should win, and this is how it will all go down. HHH will dominate the early part of the match, with Sting getting in no offense at all. Triple H will hit the pedigree and crooked referee Nick Patrick… I mean Scott Armstrong, will have a quick 3 count. Brett Hart will come down to the ring and demand the match restart and pullout a referee shirt. At that point, Sting will come to life and pummel The Game, beating him with the scorpion death lock while Lex Luger nods approvingly in the front row.

What will happen: Sting will beat HHH in a very good match. Triple H will pull a classic out of Sting using great psychology and near falls. Sting will probably pin Triple H with the Scorpion Death Drop. What could be the best match on the card, will probably burn the crowd out before the main event. Hopefully, the 20 minute video package of reigns and Lesnar will be enough to get the crowd some rest.

What should happen: Brock Lesnar should retain his championship in a closely contested match that makes Reigns look like a credible challenger. In the end, Brock should prove to be too much for the rookie. The show should go off the air with the most dominant wrestler in WWE holding its championship high. Brock should be champion until next year, so the buildup of who can finally beat the beast will be even bigger. Also, by keeping the belt on Lesnar, who is only there part time, you can make the Intercontinental and United States Championship belts more important.

What will happen: WWE pulls the trigger on their plans to have Roman Reigns defeat the beast and win the WWE World Heavyweight Championship. Reigns will not only be given the biggest push of his career, but more importantly, he will be the first member of the Shield, and of the most recent call-ups, to win the WWE title. WWE is going to push Reigns like it did John Cena in 2005, so get ready.

There you have it, the best damn WrestleMania prediction blog post ever. There I said it!

One thought on “WrestleMania Predictions: Nostradamus Ain’t Got Nothin’ on Me!”