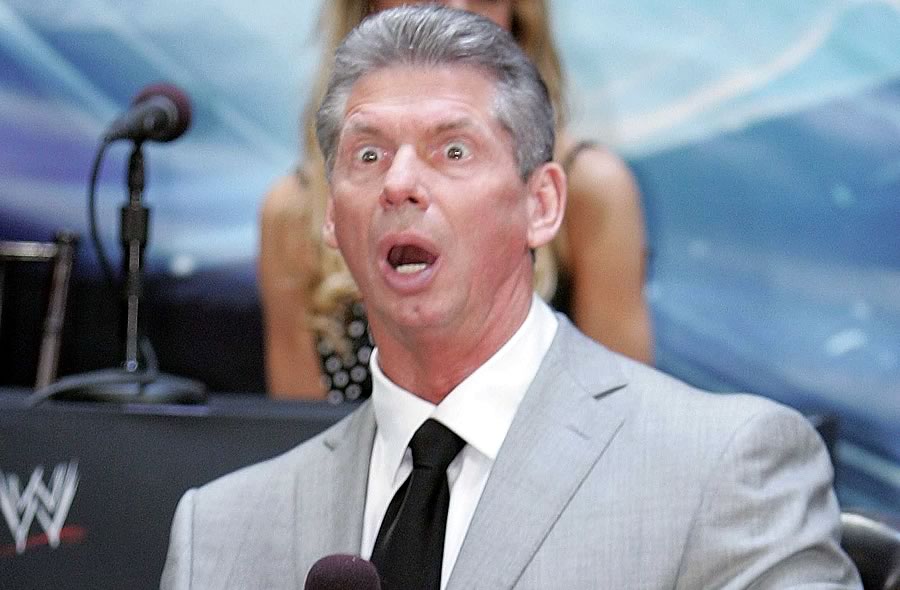 [dropcap]Y[/dropcap]es! Yes! Yes! That was the noise emanating from my mouth when Daniel Bryan dropped this pipe bomb on raw: “Considering what your husband has done in casket I thought you guys would appreciate it.” Thank you Daniel, for reminding us all of one of the greatest creative farts ever in WWE, Katie Vick.

For those of you who missed the opening segment of raw, which sucked a dick by the way, Bryan was being admonished by Stephanie McMahon for stuffing Kane into a casket and closing the lid on him. The absurdity of this is that the match was a “feud ending” casket match, of which the entire point is to put your opponent in a casket and shut the lid. I put “feud ending” in quotes because Bryan got two choke slams from Kane on SmackDown, and appeared in a tag match against him on Raw last night. Proving that he should be the top guy in WWE, Bryan pulled the only entertainment out of the entire segment, by poking fun at Triple H in his greatest dramatic role ever. In case you forgot all about Katie, let me remind you.

In 2002, Triple H was the top superstar on the Raw brand as the defending World Heavyweight Champion. A returning Kane had earned a title shot and was starting to get over with the fans. In order to add more heat to their match up, Triple H, the “Cerebral Assassin,” dug into Kane’s past and told the story of Kane’s first girlfriend. One might ask how a simple old girlfriend could possibly impede a deranged monster who has been portrayed as a supernatural demon capable of inflicting unspeakable physical atrocities towards his opponents…. Well, it turns out that tragedy befell young Katie Vick, and she was killed in a car crash that Triple H insinuated was Kane’s fault. This however, was not the piece of crippling news about Katie Vick, no sir. Triple H then teased an even more disturbing “fact” about Kane’s relationship with Katie Vick. In what is probably the worst filmed promo in the history of Wrestling, Triple H, in a Kane mask and t-shirt, proceeded to enter the funeral home where Katie’s remains were being displayed, and said his final goodbyes to Kane’s ex-lady. In the promo, Triple H got into the casket holding Katie Vick’s earthly remains (a department store mannequin) and consummated the relationship. The piece de resistance for this whole scene is when “Kane” finished, reached inside the mannequin’s head, pulled out some pink goo and said that he “screwed her brains out.”

As you can imagine, the angle went over like a fart in church. Kane was quickly beaten and the storyline was dropped and forgotten. It was another sad example of how Triple H could kill anyone’s momentum, and send them packing down the card for years. Luckily, Kane had a track record before he faced Triple H in 2002, and was able to still be relevant enough to be beaten again by Triple H in 2003. Katie Vick had been mentioned before in reference to Kane, but this was the first time I can recall that Triple H was called to the carpet for actually fornicating with a mannequin in a coffin.

As funny aside to all of this, in one interview about the incident, Triple H claimed that there was an actual wake in progress on the other side of a plastic dividing wall from the room the WWE was filming in. While he fornicated with a plastic doll in a casket with a Kane mask on, Vince McMahon, his father-in-law, directed the scene and urged him to make sure he got into it all.

Anyway, thank you again Daniel Bryan for reminding us that even those in power have skeletons in their closets… or a mannequin in a coffin.