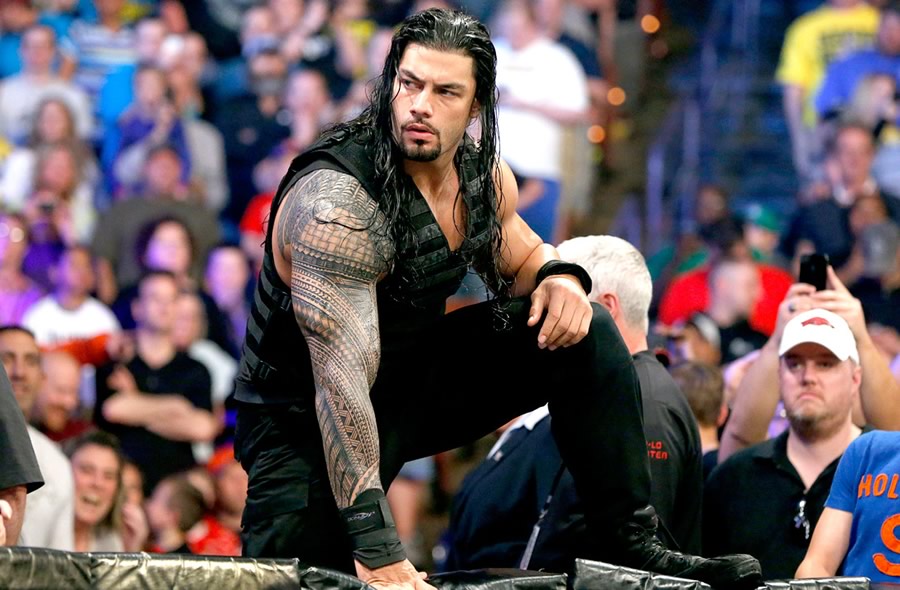 [dropcap]I[/dropcap]n the immortal words of Michael Buffer, “Let’s get ready to rumble!” The words start echoing in your ears as the calendar changes to the new year and you know that the best Pay Per View in WWE is just around the corner. Yep, you guessed it… I’m talking about The Royal Rumble. Every January, I count down the weeks waiting for the Sunday between the Conference Championship games and the Super Bowl (you know you schedule around football, WWE), just because I can’t wait for the rumble.

The highlight of the Royal Rumble show is the rumble match itself – A 30 (onetime 40) man over-the-top battle royal, where the participants enter at regular intervals one at a time, with the winner going on to main event WrestleMania! The mystery as to who is entering when, and what surprise returns or legends will participate, is a huge part of the match. Then, there is the building up of minor feuds during the rumble match itself. Tag teams dissolve, bitter rivals rekindle their animosities, someone throws out a favorite unexpectedly and much more. I love the Royal Rumble because of all the possibilities it can bring about. That being said, I feel like the WWE is killing my favorite event. I can compare this to one of my other favorite shows, South Park. They had an episode where the boys saw the new Indiana Jones movie and walked out all upset because George Lucas and Stephen Spielberg “raped” Indiana Jones. That is what the WWE did to the Royal Rumble this year.

The Rumble match had a couple of bright spots. Bubba Ray Dudley made a surprise return. Bray Wyatt was in the ring with Luke Harper and Erik Rowan for the first time since the Wyatt family was broken up, and Wyatt even had an interesting little moment with The Boogeyman. Diamond Dallas Page made his return to a WWE ring and looked good for 58. Kofi had his “Kofi” moment, although it wasn’t nearly as good as his past spots. Unfortunately, those were about all of the highlights for the hour-long match.

Now let’s talk about the assault the WWE perpetrated on my favorite match. First, I know a lot of people are unhappy about Roman Reigns winning and not Daniel Bryan. I think the biggest injustice is not that Reigns won, but how the match unfolded for him to win. Bryan should not have been eliminated until AFTER the 30th entrant had been in the match. Instead, he was kicked out before the 16th guy had even entered. By having Bryan lose so early, and having it be so anticlimactic, the WWE really over-thought themselves. Bryan didn’t have to win (although he should have), but having him go out halfway through angered the crowd and led them to poop on the rest of the match. Poor Roman had to bear the brunt of it.

Secondly, nothing else of consequence happened. Sure, Stardust (I have to dedicate a whole post to why he is so terrible) tried to turn on Goldust, but after Goldust blocked it and tried to throw Stardust out – that was also blocked – they did NOTHING else. Recently there has been dissension amongst the dusts, but that would have been a whole hell of a lot more meaningful time to display that, rather than arguing after losing to the Ascension, which they did this past Monday. Wyatt had his good moment (remember the Wyatt family) end very quickly, when in less than 30 seconds both Harper and Rowan were gone (I think Harper screwed up and wasn’t supposed to go then). Dolph Ziggler (who was really “over” in November), came in 30th, proceeded to throw superkicks at everybody, yelled and then was tossed out like yesterday’s garbage. Dean Ambrose got a nice cheer, but again he did nothing of consequence. Hell, even Roman Reigns took a nap in the corner for a couple of minutes. The wrestling was garbage and no one look interested. It was almost like watching the 1990 Royal Rumble. I know one guy wins the rumble, but it is an hour long match. Please give us more than just that.

Thirdly, the eliminations were the worst I have seen in a long time. I remember the 2000 Royal Rumble, when Taka Michinoku got tossed out and landed right on his cheek (which WWE kept replaying over and over again). Heck I can remember when Shawn Michaels helped everyone and their sister eliminate Diesel in the 1994 Royal Rumble, even though they were doing their bodyguard gimmick at the time. In 2010, Michaels got eliminated by Batista as he desperately tried to cling to the ropes so he could earn a shot at the Undertaker.

This year, all of the possible winners were taken out in the worst possible ways. Bryan got eliminated by Wyatt out of nowhere, with no drama at all because it was so early. Ambrose, Ziggler and Wyatt all got taken out by Kane and Big Show, who have never been seen as a threat to win the title. They weren’t even teased as enforcers for “The Authority” before the match (the role they basically played at the end), so their pairing was really unexpected and brutally bad. They dumped people out with no real drama behind any of it. After all that, the two of them started fighting each other and walked themselves to the ropes so that Reigns could dump them out. REALLY? That was the best idea you had to end it? Meanwhile, a badass bulldozer type heel in Rusev was taking a nap on the outside to surprise Reigns, only to be speared and chucked faster than it took for Bushwhacker Luke to march across the ring and be eliminated in 1991? When they pulled this stunt with Santino in 2011, he at least got some offense in and tried to eliminate Alberto Del Rio. Rusev did absolutely nothing.

WWE… You have screwed up the best match you put on. Last year, it sucked because the wrong guy won it, and the right guy didn’t even compete. This year, it sucked for more than just that. Now, with what happened on Raw this past Monday, the winner might not even go on to fight for the title, which is something that hasn’t happened since 1996. (Stone Cold was eliminated, but snuck back in because the refs didn’t see him; then Shawn Michaels lost his smile; and somehow it was Sid versus Undertaker at ‘Mania). WWE. Please look at this event as a learning tool, so you can never EEEEEEEEEver (Y2J nod) let it happen again.