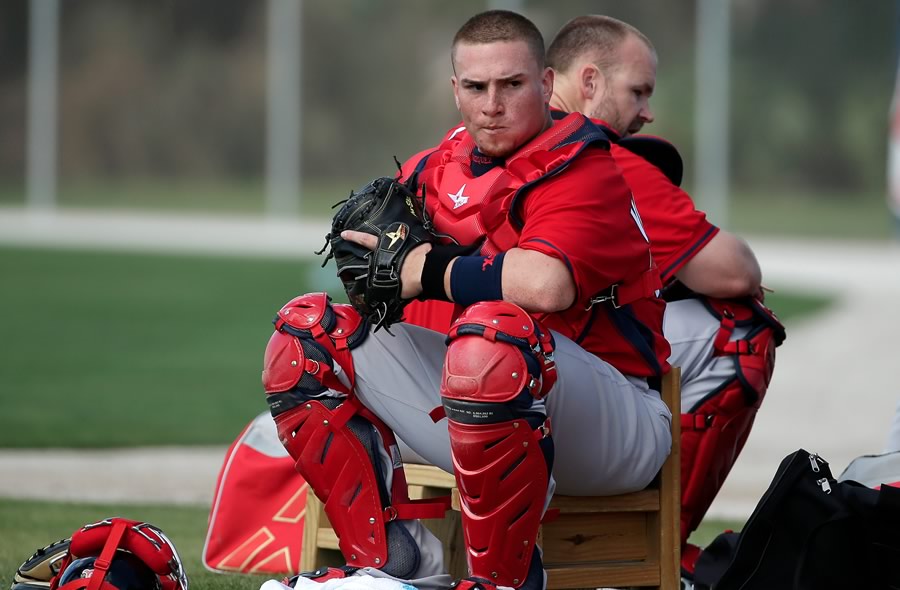 For every baseball team in existence, the preseason is about answering the questions that will determine their success for the coming year. Of all the questions I believe had to be answered for the 2015 Boston Red Sox, the most easily answered ones were in regards to their catching. With the defensively brilliant, but offensively challenged Christian Vasquez, already with major league experience, and the budding all-around superstar, Blake Swihart just needing a little bit more seasoning, they seemed to be set in this area for some time to come. The biggest question seemed to be around whether or not they kept Swihart, or as I believed they should, include him in a trade package to Philadelphia for Cole Hamels. With the injury to the right elbow of Vasquez, things got considerably more complicated. The question now is; how much more complicated?

I suppose the easy answer to that is at least by 60 days, as that is for how long the Sox put Vasquez on the disabled list as he waits for a second opinion from Dr James Andrew on the elbow that was hurt on March 10, against the Yankees. The other factor involved here is does this impact their inclination to move Swihart before they know for sure what the long term consequences are? I would have to believe that his season, if not his career, is in real jeopardy, so it’s likely they make any sudden moves regarding their catchers until they know for sure.

So, does that make it impossible for Boston to trade for Hamels? Good question. The Phillies were also interested in obtaining Mookie Betts, but it seems unlikely that the Sox will move the successor to Jacoby Ellsbury as the offensive spark at the top of the lineup for Hamels, or anybody else. Although hitting .452 in Spring training guarantees you nothing, he certainly seems to be the real deal, so I can’t see the Sox pulling that trigger. Would Philadelphia be interested in some combination of players that includes Jackie Bradley, Allen Craig, Mike Napoli and a young pitcher such as Henry Owens? Possibly. Bradley, a Gold Glove caliber outfielder, has regained his hitting form, Craig has been a successful hitter in the NL before and if the Sox pick up most of what’s left of Napoli’s contract, perhaps you entice the Phillies into making that move. But Boston is hardly alone in it’s need for an ace, and without knowing what the Yankees or Dodgers are offering, it’s difficult to predict what they’ll do. I suppose the Phillies could wait for the trade deadline, but should Hamels get hurt or just be ineffective, they could blow the opportunity altogether. I expect that we’ll be getting answers to most of this soon, with probably the most important news coming after Dr. Andrews exams the elbow this Wednesday. Let’s hope it’s good news.

Shane Victorino has not had a good Spring, batting .179 in 7 games and giving up on switch hitting, so don’t be surprised if Rusney Castillo starts in right… I would like to have seen a stronger showing from Xander Bogaerts this spring, as he is batting just .243 in 16 games… I still think Justin Masterson should be in the bullpen, as he has a 5.11 ERA in 12 innings of work… My four decades as a Special Education teacher tells me that Clay Buchholz has attention issues, and that’s probably why he’ll never be an ace. But what do I know…