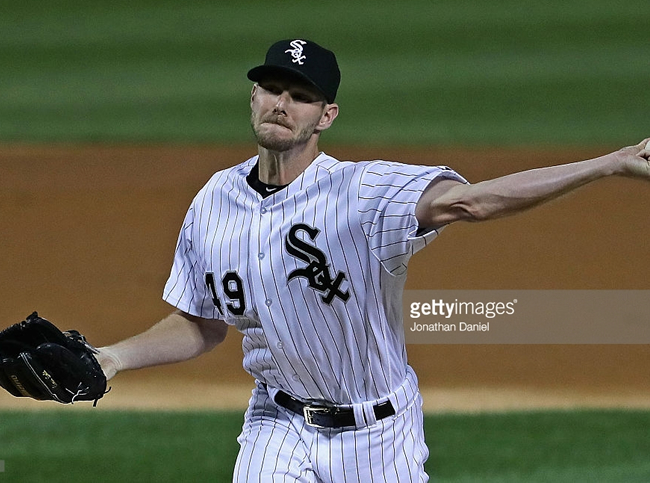 The power of the comma is a wonderful thing to behold. In the case of the recent Red Sox/White Sox transaction, the well placed punctuation changes the meaning of a phrase from a straight forward real estate transaction to a significant movement of players that could either bring Boston another championship, or put it in very difficult position for years to come. I am counting on the former. Allow me to explain.

When president of operations Dave Dombrowski came to Boston a year and a half ago, he had a reputation of being someone who had a tendency to deplete farm systems. As the Red Sox system had been just been dubbed, “The Best in Baseball” by Baseball America, he certainly had a great deal with which to work, as he proceeded to move 17 prospects in the 18 months. In this latest round, he moved the player in Yoan Moncada that many considered to be one of the top prospects in all of baseball, but who seemed to become expendable after his late season audition did not go well, featuring 9 straight strikeouts. (That’s in comparison to the 22 year old Andrew Benintendi who hit a solid .295 in 34 games with 2 Hrs and 14 RBIs.) But where Moncada is still an unproven commodity, Chris Sale, a 27-year-old left-handed pitcher with 74 wins an a career ERA of 3.00, is not. In fact, he is considered by many to be one of the best pitchers in the game, with the type of personality that should thrive in the harsh light of the pressure that is Boston. All of this makes this a reasonable gamble in the eyes of the Nation.

But it isn’t just Sale’s arrival that has Red Sox Nation talking World Series, it’s also the pitching staff that he’s joining that includes this year’s AL Cy Young award winner Rick Porcello  (R) (22-4), former Cy Young award winner David Price (L) (17 wins), knuckleballer Steven Wright (R) who went 13-6, without pitching in September, as well as the 23-year-old lefty Eduardo Rodriguez, who never seemed to get on track after his Spring training knee injury. Should Rodriguez falter this spring, veteran left-hander Drew Pomeranz is waiting in the wings, as is the still-waiting-to-live-up-to-his-potential Clay Buchholz, who could easily be moved out of town before the start of next season.

Before adding Sale to the front of the rotation, Dombrowski had added 8th inning specialist Tyler Thornburg for Travis Shaw, strengthening a bullpen that includes right-handers Craig Kimbrel, Matt Barnes, Joe Kelly, as well as lefties Robbie Ross, Heath Hembree, and Fernando Abad. Now that may not be a bullpen to match last year’s Yankees one, but with a starting staff that can expected to go a strong 7 on a regular bases, it should be more than good enough.

The Red Sox also have a strong core of youthful veterans on their roster that should keep them at the top of the AL East for sometime to come. Let us not forget that at the heart of their division winning team last season was the 24-year-old Mookie Betts, the 26-year-old Jackie Bradley, the before mention Benintendi still 22, as well as the 24-year-old shortstop Xander Bogaerts. They should be pretty solid behind the plate for the foreseeable future as they have the 24-year-old Blake Swihart, the 26-year-old Christian Vazquez, plus last year’s surprise in Sandy Leon, who is 27. In addition, although it may seem like they cleared out the minors, they still have the highly regarded Sam Travis (1B) ready should Mitch Moreland not pass his physical, as well as number 3 rated Rafael Devers waiting at 3B, and the number 7 rated in SS Mauricio Dubon,

I suppose that I can’t close this out without mentioning that it is usually acknowledged that much, if not most of this young talent is/was in the Red Sox system because of the work of former GM Ben Cherington. Even under Theo Epstein, who realized the importance of building a strong farm system, it is still usually Cherington who is credited with setting up a strong scouting network that helped to build up their farm teams. Now let’s just hope that Dombrowski is as good at building back up a farm system as he is at “depleting” one.