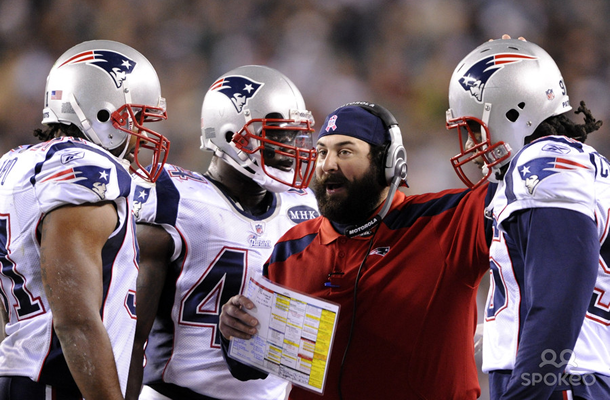 It had been my intention last week, as I took my look at the essentially positive Patriots’ prospects for the  2014 season, to give some attention, however passing, to the rest of the division, as well as the conference in general. However, as I approached the thousand word mark, I decided that it could wait for another week, and be included in a second part. Of course, in the mean time, the Pats made two significant trades, one was very predictable, but the other not so much. One player was unlikely to ever play a significant role on the team, while the other had literally been a cornerstone for a decade. So, before getting back to the original point of this piece, let’s take a closer look at the departures of Ryan Mallett and Logan Mankins, and what it means to New England.

Let’s be honest. If his trade didn’t offer me the opportunity to work in a less than clever pun on his name, I likely would have ignored it altogether. He came to the Patriots as a strong armed youngster and never seemed to progress past that. I for one thought it unlikely that they would keep three QB’s, as Mallett never instilled confidence in anyone that he could keep the Pats afloat should Brady be sidelined for a game or two, so why keep him? In the end, the preseason, which could have been his showcase, just ended up lowering his value, and he was sent off to Houston, and Bill O’Brien, for a 6th round pick.

Is over. a Anyway, I suppose we should not have been as surprised by the trade of Logan Mankins as I have to assume most of us were. The less-than-stellar play of the O-Line last year (most sacks allowed since 2001) was well documented, and his struggles on pass protection were a real concern. The fact that he was still a strong blocker on the run might have been a positive if he played for the ’64 Browns, but not so much for the ’14 Patriots. When you figure in his $6.25 million contract, it should not have been a surprise that he was shipped out of Boston. (I know, Foxboro. Close enough..) The 6’4″, 22o pound Tim Wright, whom they got in return from Tampa Bay, impressed people in the last exhibition game against NYG, and is expected to be used in the Aaron Hernandez role.  Perhaps the most interesting thing to come out of all this is the speculation (first reported by the Boston Globe’s Ben Volin) that the 6’8″, 320 pound Sebastian Vollmer will be switched from tackle to guard to replace Mankins, with the 6’3″, 320 pound Marcus Cannon inserted at guard. Vollmer was a tight end for his first two years of college ball at the University of Houston, so I would assume he has the foot speed to carry off such a move. We will find out soon enough.

The Beast That is the East:

I suppose it should be obvious that if I’m predicting that New England is going to win the Super Bowl, that I’m assuming they are going to win the AFC East, and I am. I just don’t think it’s going to be as easy as a great many experts seem to think. Last year, they went 12-4, with two of those losses (Jets And Miami) coming in the division. The Jets and Bills, along with the Patriots, have three of the most highly rated defenses in the league, with many experts believing that New York’s front seven is the best in the NFL. The fact that they all have young quarterbacks may well be the only thing that separates them from the Patriots. NE opens in Miami Sunday, so we’ll get the answers to some important questions right away.

And The Rest of the AFC:

New England will be on the road for the Colts, Chargers and Chiefs, and home for the Broncos and Bengals. I would think that that represents most of the competition the Patriots are going to have to get through to gain home field advantage for the playoffs. Their toughest tests may well come in October, when they are in Buffalo on Sunday the 12th, then home that Thursday the 16th for the Jets. (10/16, why does that sound familiar?) I believe that they are capable of winning at least 12 games again this year, taking their division, and setting themselves up for a strong run in the playoffs.

Now their is truly nothing left to do but… stay tuned.