I know I often start these pieces by going on about just how fortunate the fans in these parts are to have so many interesting and competitive professional sports teams. To add to the excitement, between Boston College, Boston University, Northeastern, Providence College, and Harvard, we have some of the best college hockey teams in the country; a group from which the National Champion usually arises. It’s virtually impossible to do them all justice, but from time to time I feel compelled to touch upon as many of them as possible. Here goes…

So, let’s start with one of the two professional teams that’s not actually playing at the moment, but is, never the less, always in the news. I have to believe that would be the case regardless, but the addition of a new man in charge has certainly helped increase the interest levels. President Dave Dombrowski was busy in the days leading up to the Winter Meetings, making phone calls and trimming staff. It appears, on the surface at least, that he may actually be trying to salvage the Pablo Sandoval and Hanley Ramirez signings by meeting with them regularly and setting weight and condition goals.

Ramirez had bulked up to 245 pounds on his 6’2” frame in the mistaken belief the Sox wanted him to be strictly a power hitter. Dombrowski wants him to drop about 15, and regain the stroke that made him a solid all around hitter; and yes, they plan on him being the first baseman. I’m not aware of any target goal weight being set for “The Panda,” but I’m guessing they would like him to be able to score from second without running out of gas. Still, I won’t be surprised if this is all for show, and one or both are moved in a trade to another team. 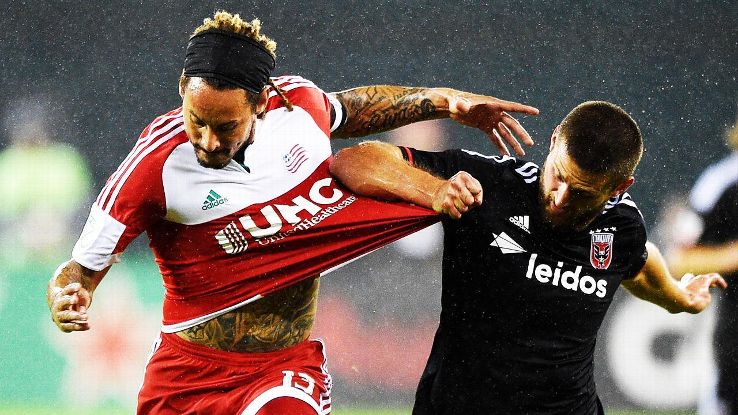 The Revs, or the other team not currently playing, had their season come to an end on October 28th in RFK Stadium, as they dropped their playoff elimination game 2-1 to DC United. This was a bit of a streaky season that saw them end up with 14 wins and 50 points, which was good enough for a fifth place finish and a brief post season appearance. Obviously, this was a comedown from last season, which saw them appear in the championship game. The Green is coming off a nice 99-83 victory over the Milwaukee Bucks, which many people are considering their best all around game of the season so far. As I write this, they stand at 3-3. They have been led so far, by guards Isaiah Thomas, averaging 21.7 points and 5.8 assists,  Marcus Smart 12 pts/3.7 assists in three games, and forward Jared Sullinger at 11.5 pts and 7.8 rebounds a game. I have to believe that the expectations for this edition of the Green include a playoff run, but no thoughts of another banner. They should be an entertaining team to watch, but still, I’m sure there will be a great deal of speculation regarding what moves may be made by the front office in the months to come.

The B’s have gotten off to a strange start, losing their first three before going 6-0-1. They currently stand in fifth place in the Atlantic Division with a 7-6-1 record. What made it strange, was that 5 of the 6 wins came on the road, with 3 of the wins being recorded by back up goalie Jonas Gustavsson. Number one goalie Tuukka Rask stands at 4-5-1, with a 3.22 GAA. There is definitely concern over the inconsistency of his play, as well as the defense as a whole. Offensively, they have benefited from a healthy  David Krejci 7-10-17, as well as the steady Patrice Bergeron 5-9-14. As is true for the C’s, people expect the B’s will make the playoffs, but not really challenge for Lord Stanley’s Cup. There is also general agreement that veteran coach Claude Julien is on very thin ice, and isn’t likely to survive the season. We shall see…

This is one time that I don’t feel the need to discuss the Pats at any great length, as they seem to be the highlights of just about every football related sports show. The main topic of discussion in these parts regarding them is of course, the exceptional play of their 38 year old QB Tom Brady, followed closely by concern over the O line that has been so badly decimated by injuries. Brady should be getting some of them back soon, specifically Marcus Cannon from his toe injury, but let’s hope they don’t lose anyone else. I expect they will still have enough to beat the Giants on Sunday – look for Gronk to have a big game – and continue on toward a big match up later in the month in Denver.