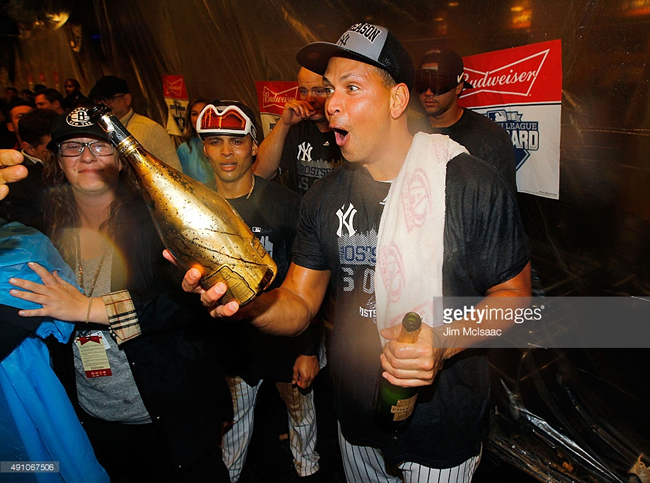 In the spirit of AROD week, Let’s continue celebrating Alex Rodriguez’s historic career, as we approach his final game this coming Friday night.

As I have mentioned many times in my posts, I grew up in Syracuse New York. Because of this, I didn’t have the luxury of going to many Yankee games as a kid. In fact, my first and only trip to the Bronx came in ’96, and it wouldn’t be until roughly a decade later that I would be able to visit Yankee stadium again. As a result, I mostly watched the Yankees on TV, whenever and wherever I could.

Being that I am 30 years old, I have essentially been able to grow up watching AROD’s illustrious career–from his first home run in Seattle to his stint with Texas, and all the way through his up-and-down seasons with the Yankees. I sit here typing away, I feel privileged to have had the opportunity to see such an athlete grace my presence. Sure, his name will be forever marred by Biogenesis–which in all honesty, most definitely cost him a chance to pass Babe Ruth on the all time Home run’s list–but this post isn’t about bashing of his career. Its time to celebrate it!

Anyway, here are some of my most vivid memories of AROD’s career; some with Seattle, some with Texas, but most of them with the Yankees. I hope you enjoy them as much as I did!

Yep. I remember sitting at home, siting way too close to my Nana’s old school wood-framed Zenith TV as a 9-year-old (it probably weighed about 300 pounds). With nothing better to do, I was watching sports highlights on ESPN (with one of those blackboxes….shhhhhhh). That’s when I saw Alex’s first career tater. He absolutely launched a 3-2 curveball (or beachball rather) from former Kansas City Royals pitcher Tom Gordon into the left field seats of the old Seattle Kingdome.

Side note here: Those Royals certainly had some awful uniforms, whose idea was it to have Gray caps? Either way, it was career home run #1 of 696, and it was pretty awesome.

AROD and the Mighty Eephus Pitch:

Now time to fast forward a couple seasons. it’s 2002, AROD has left Seattle for the Texas Rangers (and a lots and lots of money) and the Rangers are in the Bronx to face the Yankees. On the mound is Yankee favorite “El Duque” Orlando Hernandez facing Rodriguez. During the at-bat (as you can hear John Sterling calling the action), Hernandez throws Alex the mighty Eephus pitch. THE EEPHUS! It landed a bit high and out of the strike zone for a ball.

For those of you who don’t know what an Eephus pitch is, it is essentially a super slow lob pitch (think bug bunny in the Baseball Bugs cartoon), which is only really used to maybe catch the batter off guard, especially if he is expecting a really fast pitch and such.

At home watching the game, I got a good laugh out of it, as I chuckled “OK, El Duque.You got one over on AROD,” and to quote the ever famous Lou-Brown, “Dont ever fucking do it again!” Sure enough, what does he throw on his next pitch? ANOTHER EEPHUS! Of course, AROD sits back and absolutely launches a monster dong into the left field stands… Pretty sure its just now started its descent from Earth’s orbit. Oh, and the Yankee fans certainly let El Duque have it after that, take a listen in the video above.

I couldn’t find video for this one (damn MLB.com archives and their windows media files), but we now move to 2007. AROD had been with the Yankees for over 3 years now, and I was starting to establish myself down here in the New York area. In the midst of what would be AROD’s third MVP season, the Yankees headed to Fenway Park to face the always hated Boston Red Sox.

Without getting too much into my family background, let’s just say that essentially my Aunt and Cousin we’re “alleged” die-hard Boston Red Sox fans (actually, they’re not really sports fans), while my Uncle and I were rooting for the Yankees. So with a little bit of a rivalry going on within the rivalry and with the rubber game being televised on Sunday night baseball, the family watched as the game headed into the top of the ninth tied 5-5.

Star Red Sox closer Jonathan Papelbon, who had not given up a home run to an opposing batter in over a month, was facing Rodriguez. It was a pretty heated at bat. The crowd was screaming for Boston to get AROD out and dash the Yankees chances at winning this game. Fortunately, there’s was none of that, as Rodriguez drilled a home run into the Red Sox bullpen in right field, leaving the Beantown faithful in stunned silence. The home run gave New York a 6-5 lead and ultimately the series win. It was great, and the Yankees got to stick it to the Red Sox. So Hah!

AROD Is a Hero on a Pop!

I went back and forth quite a bit over on what I wanted to discuss in this segment. Originally, I was going to talk about a Yankee game that I had attended in which AROD hit a couple of massive dong home runs (including a grand slam dong) in a Sunday night subway series romp…

But just when you think you got the answers, I change the questions! Plus whenever you get a chance to shit on the Mets….you really shit on the Mets. So this is just a little something to remind Mets fans about that time when AROD beat the Amazins’ on a popup, obviously with a little help from our old friend Luis Castillo. Enjoy!

I am sure you have read multiple articles throughout the week that our very own Jobu has posted about numerous feats from all throughout AROD’s illustrious career. You read about when he came back from his injury with a bang in 2009, hitting his first home run of the season in his first at bat, and of course, his last home run of the regular season (dat 6th inning, tho).

But one of the few things that will always resonate with me, was his performance during the 2009 playoffs and World Series. Regardless of all the haters who will say that his career is tainted because of the Biogenesis scandal, or his 1-year suspension in 2014, if it wasn’t for his memorable performances during the 2009 post season, the Yankees aren’t hoisting up their 27th World Series championship.

In the 15 playoff games that he played that season, Rodriguez hit .365 with 6 home runs and 18 RBI. These numbers also include some very very “clutch” home runs during the ALDS, as well as the ALCS, not to mention the fact that he will also go down in the history books as the first player to hit a home run that was reviewed under MLB’s instant replay rule (the rule was introduced during the world series that year).

I hope everyone enjoys this video above as much as I do. Because say what you want to say about AROD, I will certainly miss having him playing for the Yankees. Congrats AROD on a wonderful career. I wish you nothing but the best and good luck to all of your future endeavors…