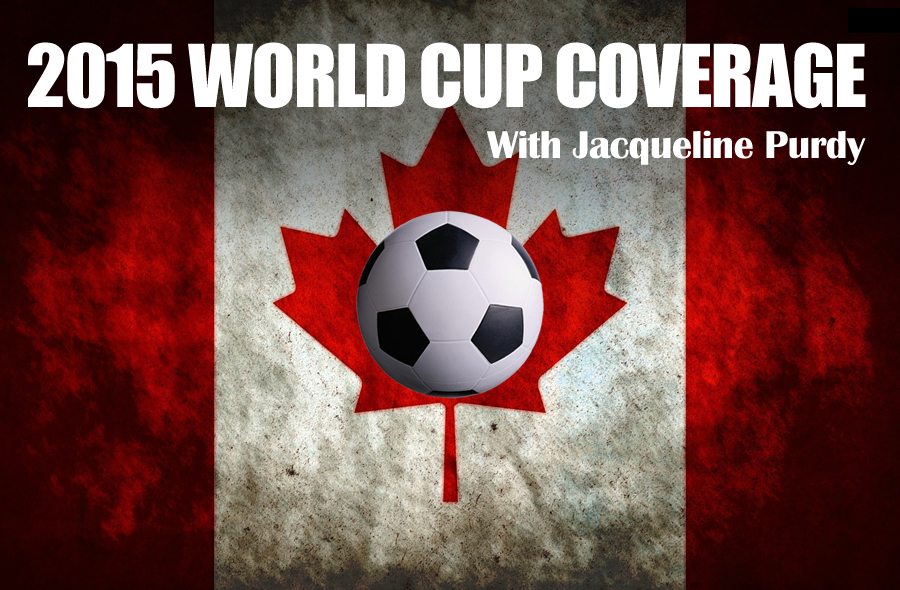 The first ever Round of 16 in FIFA Women’s World Cup history is about to begin. Here’s a look at each of the games, ranked in order of my excitement for each match.

Is this finally Brazil’s year? | gettyimages.com

I think this game is going to be play out like Mad Max: Fury Road — two sides chasing each other at high speeds for 90 minutes. Both teams are fast and love to show it with their strikers. I am so there for this. I’ve got my popcorn ready. Give me an 11-10 game, please. But I would settle for a repeat of their thrilling meeting back in 2007 when Brazil won 3-2 in the quarterfinals.

Australia’s first 30 minutes against the United States in their opening game were fantastic. They were flying. It was like the field was titled. If not for a couple of saves from the best goalkeeper in the world — Hope Solo — the Aussies could’ve walked away with a huge win. Head coach Alen Stajcic has done well to lead his side to a second place finish in the “Group of Death” and the Matlidas are an offensive threat that should not be underestimated. And Lisa De Vanna just seems to get even faster with the ball at her feet as the years go by.

Brazil’s got three wins, is the only team to not concede a goal and they’ve even been resting players. Remember how they didn’t make a single sub in the 4-0 semifinal win over the U.S. in 2007, despite that game never being in doubt? Or how even though they barely struggled in group play in 2007 and 2011, Marta never missed a single second of a game? This year, in their final group game in Moncton, which was meaningless for them, they sat Marta, Cristiane, Formiga and Fabiana. Even if this tournament was being played on natural grass, it would be smart to rest players, but it’s especially wise on the turf. The new Brazil!

One last note…. Marta may not have fully activated “Magic Marta” mode (yet), but she’s flashed enough of it to prove that perhaps she’s holding back a bit by design — again, an example of this being a different Brazil than the one we knew in 2007 and in 2011. When Brazil really needs the magic, I expect it to be there. In the meantime, she’s hustling back on defense, making good runs and getting everyone else involved. And I know her record breaking goal came on a penalty kick — but right before that foul was called, she had gotten the ball, totally open, at the top of the 18. I don’t think she was going to miss from there.

Germany had a lot of goals to celebrate in the group stage. | gettyimages.com

Germany’s path to the final could potentially be world No. 5 Sweden, No. 3 France and No. 2 USA. Which is absurd. But they are also the World No. 1, so they should be up to the task.

Germany was forced to settle for a tie versus Norway in its only group stage test, which is a concern. But they’ve only conceded one goal, an unsaveable free kick — so that is a positive. A 10-0 rout of Ivory Coast in their first game basically sealed a spot in the Round of 16 and everything after that was just prepping for the next step.

Sweden has struggled. They’ve got three ties, but for one of the top teams in the world — it feels like three losses. Lotta Schelin has not scored and her performance is not being rated well back in her home country. They have a lot of pressure on them. But their best performance was against the United States — and though the Americans have not impressed either — it could be a sign that Sweden can get things together when they need to — which they of course need to when they face Germany.

There’s more than just the World Cup riding on this game. Thanks to UEFA’s using World Cup results as Olympic qualification, the loser will not be at the Olympics next year. Only the top three European teams in Canada will advance to Rio de Janeiro in 2016, and there are seven European teams featured in the Round of 16.

The host nation should have its hands full with Ramona Bachmann, Lara Dickenmann and Co. when they meet on Sunday. Switzerland takes 85 shots per game (approximate) and will create a lot of dangerous chances. They haven’t been able to finish them in this tournament, however, outside of their 10-1 rout of Ecuador. Bachmann’s absolute brilliance in their opener vs. Japan was undermined by her not actually scoring in the match, including missing what would’ve been the game-tying goal in the 93rd minute. But she and Switzerland are fun to watch — and if they can score on just a few of those chances, they could send the hosts packing very early.

Norway celebrates with a selfie. | gettyimages.com

This is quite a toss-up of a game — it’s hard to pick a favorite in this meeting of second place group finishers. England hasn’t been majorly impressive, especially in their opener where they played a very passive match against France.

Norway has been spectacularly entertaining, both on (see above) and off the field — and seem to be the team having the most fun. Outplayed for the first half vs. Germany, they did well to earn a draw.

Norway, of course, is also one of only four teams to have won a Women’s World Cup, but they are sitting on a 20 year drought. It’s the longest drought since winning a title in women’s soccer. In fact, their star young striker Ada Hegerberg was born three weeks after they last won. England, on the other hand, has never won a knockout game in their history.

Unfortunately for Colombia, it looks like they’ve had their major moment at this tournament already, their 2-0 upset of France. The United States will not overlook them the way France did — and Colombia is in even bigger trouble going into this match after their GK Sandra Sepulveda, who was so good in the win over Les Bleues, took a needless yellow card in their final game and will be forced to miss this match for yellow card accumulation.

This game got a bit more interesting late Friday as Lady Andrade (who famously punched Abby Wambach at the Olympics in 2012) is once again making headlines in the United States, predicting a win and complaining about the United States. Though, at the same time, what is she supposed to say…. “I think we’re going to lose”?

The defending champs won all three group matches, but struggled to close out teams. The Netherlands heads into the match on the heels of pulling off a late 1-1 draw with host Canada in Montreal. Japan should advance, but a potential quarterfinal with Brazil looms.

Cameroon’s Gaelle Enganamouit has dazzled in the group stage — if her side tops China, they would face a quarterfinal meeting with the United States (or Colombia, if Lady Andrade’s prediction comes true.)

France recovered from their shocking defeat to Colombia, topping Mexico 5-0 to win the group. They don’t seem like they will take a team so lightly again this tournament, especially so soon after one of the biggest upsets women’s soccer has ever seen.

2 thoughts on “Women’s World Cup: Round of 16 Rankings”