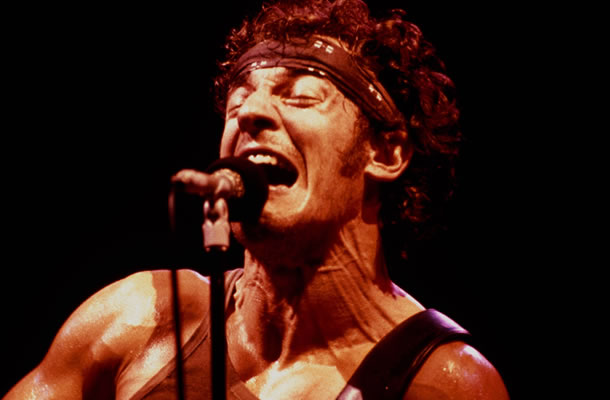 With apologies to Springsteen, I am not yet prepared to retract my prediction that the Patriots will win this year’s Super Bowl, nor will I surrender to the Las Vegas odds makers who have Denver favored as the AFC representative. Although the week two games provided evidence enough to make such actions reasonable, it also provided more than enough evidence of a positive nature for me to believe that a corner of sorts had been turned.

Unfortunately, that corner was not the one on which the beardless Tom Brady and most of the offense hangs out; at least not to the extent that Tom and the rest of Patriots Nation would have liked to have seen. A week after attempting 56 passes, Brady threw only 22 times, completing 15 of them for 149 yards and 1 TD. The truly unsettling part of all this is that, if you break down the 22 attempts, you’ll see that 7 of them were to Julian Edelman (1 TD), 6 to “Gronk“, fullback James Develin was targeted twice, as were Aaron Dobson and Shane Vereen, with TE’s Michael Hoomanawanui and Tim Wright targeted once each. I will do the math for you, and let you know that that means Danny Amendola was thrown at only once, and free agent signee Brandon LaFell was not targeted at all, despite being on the field for half the offensive snaps. So, if I have to retract any of my preseason predictions, it’s that Amendola would have a big year; certainly not at this rate.

Fortunately for the Pats’ offense, the news from the right side of the line was positive, as they got strong play from center Dan Connolly, right guard Jordan Devey and right tackle Sebastian Vollmer. The net result of this was that they gained 150 yards on the ground, with Stevan Ridley‘s 101 yards on 25 attempts and 1TD, and Shane Vereen‘s 40 yards on 6 attempts responsible for most of it. Rookie lineman Cameron Fleming of Stanford, gained a great deal of praise for his work from Coach Bill, as he was brought in on 27 of 65 snaps to provide extra blocking on most running plays.

Obviously, the New England defense was helped by the absence of Vikings running back Adrian Peterson. Deprived one of his key offensive weapons, QB Matt Cassel made more than a few bad decisions that resulted in questionable throws and Patriots’ interceptions by Darrelle Revis, Logan Ryan, lineman Dominique Easley, and the big one that included a 60 yard run back by safety Devin McCourty. The defense, playing without versatile LB Jamie Collins, held the Petersonless Viking’s ground game to just 54 yards and 7 points. In total, Minnesota ended up with 256 total yards, but 80 of them, and their only points, came on their opening scoring drive in the first quarter. It was DE Chandler Jones who truly broke the Vikings back with a blocked field goal and subsequent 58 yard return for a score that was clearly the difference in the game. If Vikings had made that kick, they go into the locker room trailing by just 10 points, instead they found themselves down 24-7, and all the Pats needed were a couple of second half field goals by Stephen Gostkowski, and they even their record at 1-1.

Finally, after two weeks on the road, New England will have their home opener, hosting the 0-2 Oakland Raiders. This is a game that the Pats should win by three touchdowns, but it probably won’t be.  It seems to me, that over the past few years in such games, they’ve learned to play down to their opponent, thus necessitating wild, last minute comebacks. Let’s hope they avoid that and start to play like Super Bowl contender for a full 60 minutes. (Tick, tick, tick, tick….)