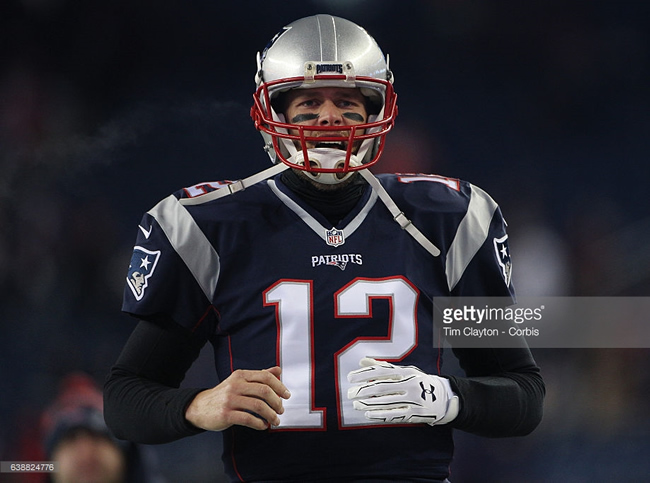 Although it may sound like I am quoting Ian Fleming’s most famous character’s catchphrase, I am actually summing up the way most New England fans felt after last Saturday’s 34-16 win over the Houston Texans. We were definitely shaken by a performance that was somewhat less than what we were used to, but not stirred up enough to change our plans for Super Bowl weekend. I still expect that the Pats will get past the Steelers this Sunday, but before we consider that, please allow me a few random observations before moving on.

The obvious main offensive force for the Pats was also the smallest guy out there in Dion Lewis, as the 5’8”, 195 pound back scored a touchdown in just about every way possible, including a 98-yard kickoff return. But despite his being so productive, I found myself holding my breath every time he carried the ball. Not only did he fumble another kickoff on the 12 yard line that set up the Houston’s one and only touchdown, he also put the ball on the ground at least one other time, but that was fortunately recovered by the Pats. Some of that, I’m sure, has to be attributed to just how hard the Texans were hitting, as they had apparently not gotten the memo that said they did not have a chance to win.

If Lewis was the hero, then DB Eric Rowe could have easily been the goat, and might well have been if they had been playing a team with a serious quarterback. Rowe was called for an unsportsmanlike conduct penalty for pulling a man out of the pile, that not only cost his team 15 yards but also gave Houston its first first down, on a 3rd and 18 no less, which eventually led to their first score. It came at a point in the game when the Texans offensive was struggling badly and was beginning to look like they might get buried. Combined with the Lewis fumble, it helped to send the teams to halftime with the idea that it might actually be anybody’s game. Coach Belichick was not pleased with Rowe at all, and gave him a rather sound talking to after pulling him out of the game for several plays.

Among the missing Saturday was WR Malcolm Mitchell and commissioner Roger Goodell. Mitchell is still recovering form a knee issue, while Goodell is just a coward. Former Cardinals WR Michael Floyd took his place and had a so-so game, misplaying at least one ball into an interception. Also, it was announced by the NFL on Tuesday that Goodell will not be at Gillette for the AFC Championship game next Sunday. Why am I not surprised?

Also among the missing was linebacker Jamie Collins. Now I know that Collins was traded to Cleveland a number of weeks ago, but I have a growing concern they may miss his athleticism in the post season. Shea McClellin, listed as the starting RLB on the depth chart, only played seven snaps. It will be interesting to see how he is used against Pittsburgh, his speed may come in handy for those times RB Le’Veon Bell breaks through the line, or send out for short passes.

Speaking of lines, Marcus Cannon, David Andrews, Shaq Mason, and Joe Thuney, also known as four-fifths of the Pats offensive line, got a fair amount of attention after the game, and most of it–with the exception of Cannon–was not good. Houston took advantage of the interior of the line to put a great deal of pressure on Tom Brady, and was in no small way responsible for the interceptions he threw. After all the praise they have been getting of late, this was rather disappointing. At least the tackles, Cannon and Nate Solders, held their own, but adjustments will need to be made if they are going to get past the Steelers.

Speaking of the Steelers, as I said before, I expect New England will win on Sunday, and get back to a seventh Super Bowl. In order to do that, they will have to contain Bell, and DB Malcolm Butler will have to shut down WR Antonio Brown. This will definitely be a much greater offensive challenge, as I don’t expect anyone will confuse Ben Roethlisberger for Brock Osweiler, but on the other hand, I don’t expect their defense will give the Pats the up the middle trouble that Houston did, either. Let’s say, 31-20, Pats.

Oh, by the way, I know that Chris Long‘s dad was former Raiders great Howie Long, and not Huey Long, the politician from the 1930’s. I just wanted to see if anyone was paying attention. Apparently, no one was.

Also, it was very appropriate that Vince Wilfork played the last game of his career at Gillette. He is a good man who did much for his team and his community. Many of us are hoping he moves back. It certainly would be great to see him back in Patriots organization.