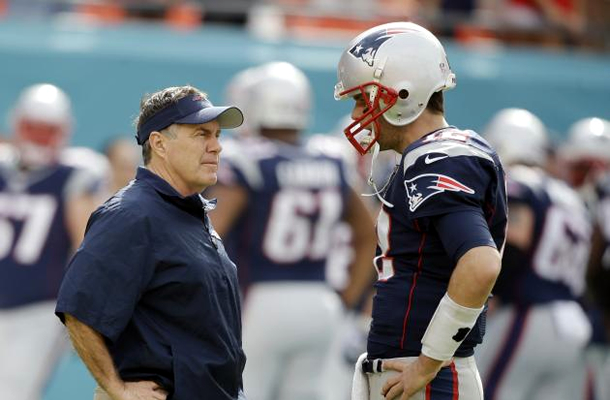 When the Patriots announced the signing of former New York Jets cornerback, and sole inhabitant of Revis Island, Darrelle Revis, they in one one motion proclaimed their return to defense first football, made themselves the favorite to win the AFC and created a team that can compete with the NFC’s best. For despite having one of the best quarterbacks of his era, Bill Belichick at heart remains–in more than one way–a defensive coach. But less face it, Revis, despite still being able to control his side of the field, won’t by himself bring the Lombardi Trophy back to Foxboro. So let’s take a closer look at some of the other reasons there is so much optimism in these parts regarding this coming NFL season.

The names that you are likely to hear the most this year include Chandler Jones, Rob Ninkovich, family favorite Vince Wilfork, Joe Vellano and rookie Dominique Easley. The Pats are expected to play a 3-4, so a healthy Wilfork will go a long way to the over all success of the “D”. The system should also open things up for Jones, who is being looked to for a game changing type of year, as well as Ninkovich who will attack quarterbacks from the other side. The cutting of Tommy Kelly took many by surprise, but it would seem to speak to their confidence in their depth at this position.
There is some concern in the media that the Pats are a bit thin in the linebacking group, so let’s hope they stay healthy. Jerod Mayo (pictured) is back to anchor the group, as is Dont’a Hightower. The real player of interest in this group is second year starter Jamie Collins. He started his college career as a safety, and possess the kind of versatility that Belichick loves–effective at stopping the run as well as covering the tight end on pass plays.

For the first time in a long time, the CB position should be one of strength for New England. In addition to Revis (pictured), Alfonzo Dennard, Logan Ryan, Kyle Arrington, Brandon Browner, and undrafted rookie Malcolm Butler will see action in one situation or another. Browner, of course, has the four game suspension to serve, but upon his return the 6-4, 220 pounder  is expected to give them the physical presence in the backfield they have lacked since Rodney Harrison retired.
Devin McCourty comes into camp having already nailed down one of the safety positions, while the strong safety spot seems up in the air. I thought the expectation at the end of last year was that Duron Harmon was the favorite to grab that spot, but now the talk is that it will be some combination of Harmon, Patrick Chung, Tavon Wilson or Nate Ebner. One way or another, expect to see all of them on the roster as they give Bill special teams options as well.

The general sense is that the Pats will move away from their dependence on their Tight Ends as receivers, and instead go with more three receiver, two back sets. I would expect to see Shane Vereen be sent out on pass routes from the backfield a great deal this season. Look for the continued development of Julian Edelman as one of the best “go to guys” in the league, as well as major contributions from 6’2″ 210 pound, Brandon LaFell, who they signed away from Carolina. I also have a feeling that this is the year that Danny Amendola‘s (above) middle name goes from “if he can stay healthy” to “see what he can do when he’s healthy.” In other words, I’m expecting a big year form him. Don’t get me wrong as far Rob Gronkowski is concerned. Major contributions will be expected from him, just not the first month or so. As a matter of fact, I wouldn’t be surprised if they locked him away somewhere so as to spring him out in time for the playoffs. So you TV announcers out there should get used to pronouncing Michael Hoomanawanui‘s name, because you are going to be seeing him at TE through the early going.

Running Backs and the O-Line

These make for a natural pairing for a variety of reasons. Obviously, one is dependent on the other for success, but they are also both areas of concern for the Patriots. It looks like Stevan Ridley (pictured) will be the featured back again, leaving everyone holding their collective breaths every time he carries, only to exhale if he doesn’t fumble. The O-line caused more than a few nervous moments last year, as their shaky play led to a record setting number of sacks of our most valuable QB. At any rate, look for Ridley to overcome his fumble issues, and for rookie James White to see some action in the backfield, as well as the versatile fullback (I love it. a fullback!), Brown University grad James Develin. As for the line, expect them to bounce back, led by improved play from veteran guard Logan Mankins and tackles Sebastian Vollmer, Nate Solder, as well as the versatile (center or guard) Dan Connolly.

The only question here is whether or not they carry two or three quarterbacks. The thinking seems to be favoring keeping both Ryan Mallett and rookie Jimmy Garoppolo. The logic here is that although Garoppolo is the future, Mallett stands the better chance of keeping the Pats afloat for a game or two should the unspeakable happen. I’m not sure I buy that, though. I’ve seen little from Mallett that convinces me he could do it, but throwing the rookie into such a situation might be asking way too much, so three quarterbacks it is.

OT
I was going to include a look at the Patriots competition in the AFC, as part of this piece, but I think that’s best saved for next time. So, I’ll leave you now with the expectations that you will study the above in preparation for the quiz, where as always, spelling counts.