I know that there is always a catch. But in this case, I believe that is it safe to assume that the native of Maracaibo, Venezuela, will be “Holden” onto his job. Please excuse the attempt at “rye” humor, but I expect the Sox will have to “Leon” on the 27 year old backstop for some time to come.

I’m sure that all seemed a bit forced, but it did not seem an inappropriate way to begin a piece on the latest Red Sox hitting sensation, catcher Sandy Leon. I thought about quizzing you on who you thought was the hot bat in the Boston lineup, and I expect you might have guessed it was the one of their six recently named All-Stars. I’m sure you would have narrowed it down to four, as neither pitcher Steven Wright nor Craig Kimbrel would have made sense. But, although shortstop Xander Bogaerts has cooled somewhat, he’s still hitting .332; good enough for fifth place in the AL. You might have considered DH David Ortiz, who has been very consistent through the first half of the season and currently stands in third place with a .337 average. If you’ve not been watching the Sox on a day to day basis, guessing the streaky center fielder Jackie Bradley, now at .293, or the rather steady Mookie Betts, at .298, would be reasonable guesses, but you’d be wrong. It is, of all people, the 5-10, 225 pound catcher, Sandy Leon.

In the 16 games he has appeared in since the injury to Ryan Hanigan made his recall necessary, Leon is 21/44, for a BA of .477, with 1 HR and 12 RBI. The career .237 hitter, who came to the Sox from Washington about a year ago, currently has an OPS of 1.258. I was surprised to discover how young he is, as he has the well-traveled back up catcher look to him, playing in a mere 34 games with the Nationals in the three seasons he was with them. Obviously his hot hitting, along with the fact that he, as well as Hanigan, are out of options, made it necessary to send down 25-year-old Christian Vazquez to AAA. In addition, the slow recovery of catcher/outfielder Blake Swihart from a severely sprained ankle makes it likely that Leon will be given plenty of time to show if he really is the heir to Ted Williams‘ crown as the last of the .400 hitters, or just someone who is taking advantage of batting ninth and seeing a lot of fastballs. One way or another, it’s certainly a fun ride to watch.

RANDOM RESPONSE: A LOSS OF RESPECT 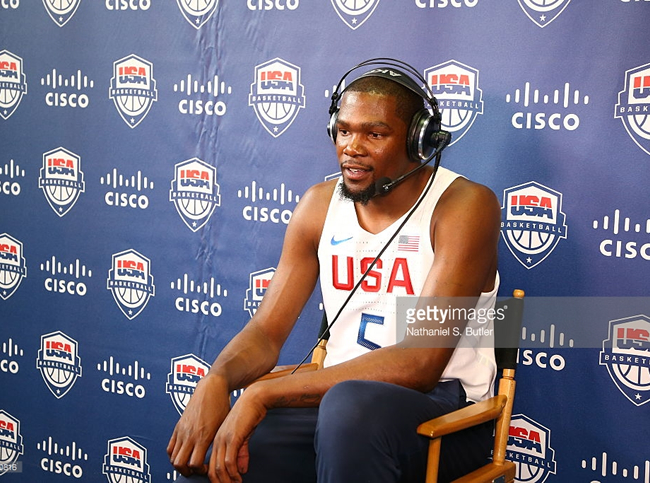 I’m very bothered by the fact that Kevin Durant chose to sign with the Golden State Warriors. I realize he has the right to go anywhere he wants, hence the term “free” agent, but I thought he was going to pick a team on which he could make a true difference. This is why I thought Boston had a reasonable chance at signing him, but if not here than I expected he’d stay in OKC, or perhaps go to his hometown of Washington, D.C. Going to the Warriors feels like a cop out on his part. I expect that he, as LeBron did when he went to Miami, will win his championship eventually, but it’s likely to not be as easy as he thinks.

We can only hope….