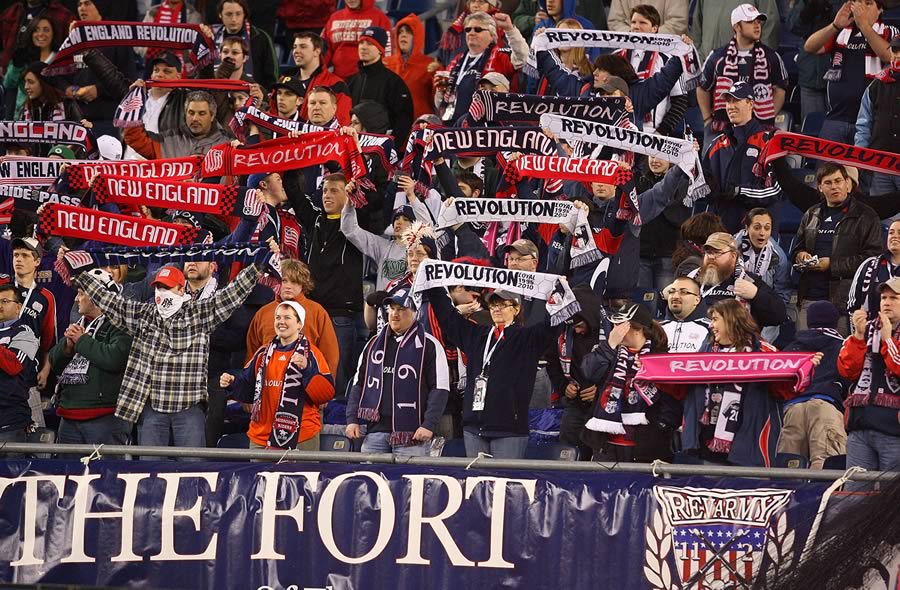 Not that I’m keeping a running tally, but I am aware of the fact that in the years I’ve been doing this, that the vast majority of my submissions have dealt with either the Red Sox or the Patriots, followed by the Bruins, and finally the Celtics. Occasionally I’ll throw in one that deals with a topic of interest such as the history of place kicking in the NFL, or superstars of my youth and how they might hold up in the 21st century. I have not written anything on futbol, or American soccer, or whatever you want to call it, so that means I’ve ignore the New England Revolution. It’s my intent to change that by getting to know the “Rev’s”, and in so doing, introducing them to you as well.

I’ll admit right up front that I haven’t seen the Revolution play live since their early days, when their biggest name player was Alexi Lalas, and they played their home games in the old Foxboro (Schaefer) Stadium. Actually, to this day, my strongest soccer/futbol/Foxboro memory is when my middle daughter and I braved a very chilly and heavy autumn rain to watch the very first MLS Championship game back in 1996, won by DC United, which of course went into overtime. But I digress, and will now get back to my original purpose which was to get to know a few of the current members of your New England Revolution.

Actually there was no small amount of excitement over the Revs last season, as they made it to the championship game, which they lost 2-1, to the LA Galaxy in Landon Donovan’s last game. But a great deal of that excitement can be traced back to the arrival of 33-year old midfielder, Jermaine Jones, who had spent most of the last fourteen years playing in Germany. With an German mother and an American father, he has dual citizenship, so he has been a force in both national programs for a while. As of last August, he has 46 caps on the U.S. National team, including starts in the World Cup. The 6′, 170 pounder scored 2 goals on 17 shots, in 10 games last year, but has yet to score for the 3-2-2 Revs, this year.

Lee Nguyen, a 28 year old, 5’8”, 150 pound midfielder, was New England’s favorite for league MVP last year. He had 18 goals and 5 assists in 32 games in 2014. This year, through seven games and 521 minutes, he has 1 goal and 1 assist on 13 shots. In his fourth season with the Revs, the Texas born Nguyen has 28 goals and 15 assists in the 101 games in which he has played. He also has experience in Europe, the Vietnamese Super League, as well as on the U.S. National team.

Well, that’s a start. I’m not sure how I’ll do it, but it is my intent to start giving more time to the Revs. Seeing how soccer/futbol seasons seem to go on and on, I should have plenty of time to do it. I’m not complaining, though, maybe by the end of it I’ll actually know the whole team.