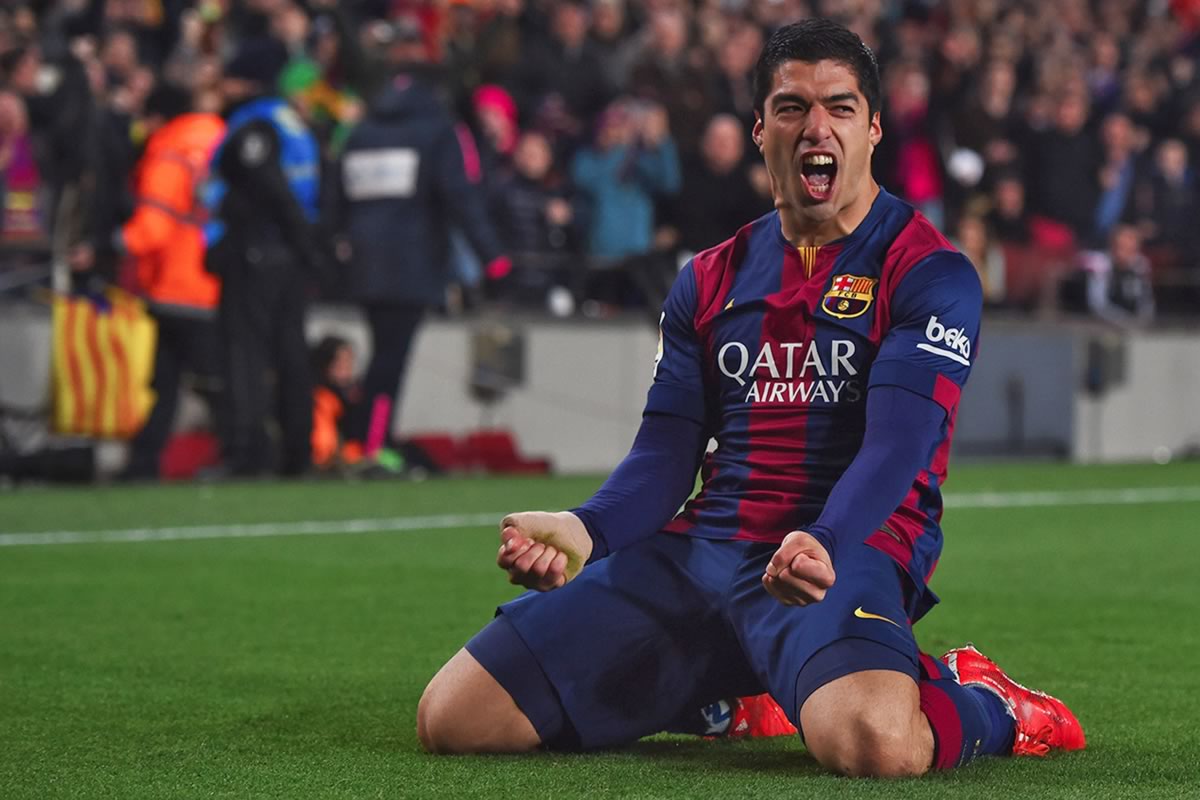 Hello fans! It’s holiday time here at the Charrúa Report, and boy is El Bolso’s stocking full of cheer! Let’s take a quick look at the big news of the week.

Deck the Halls with Goals for Barca

The 12th edition of the FIFA Club World Cup was held in Japan this week. Historically, the land of the rising sun has been good to the Celestes: think of my beloved Nacional winning the first ever Toyota Intercontinental Cup in 1980, or Diego Forlán absolutely tearing up the Japanese second division earlier this season. The Club World Cup, however, has not been kind to Uruguayans: before this season, only Diego Lugano had ever managed to win it, with Sao Paulo in 2001. That was all set to change this time around though, as heavy favorite Barcelona was led by Luis Suárez, and River Plate, the only other serious contender (sorry, Club América fans), featured 4, count them, 4 Uruguayans. The Millonarios did their part, beating local side Sanfrecce Hiroshima 1-0 to reach the final.

Barcelona, meanwhile, had to face their semifinal matchup without 2 of their Big 3, as both Lionel Messi and Neymar missed the game because of illness. It didn’t matter, however, because Barcelona still had THE BEST GOD DAMN PLAYER IN THE WHOLE WORLD! That’s right, I said it. With his better-regarded teammates drinking honey lemon tea on the bench, Suárez put the Blaugrana across his ample back, scoring all 3 goals in a 3-0 win over Chinese side Guangzhou Evergrande. Suárez scored the first ever hat trick in World Club Cup competition, the second ever if you include a half century of Intercontinental Cup matches. Who got the other one? Oh, I don’t know, some Brazilian guy. Yes, that’s right, we’re talking Pele levels of greatness here, folks.

So how did the final go? Exactly how you would expect it would go when one of the teams has THE BEST GOD DAMN PLAYER IN THE WHOLE WORLD: Barcelona easily sidestepped River Plate for another 3-0 win and their third WCC title. Messi and Neymar were in the lineup this time, and combined for a beautiful goal to open the scoring; then, THE BEST GOD DAMN PLAYER IN THE WHOLE WORLD took over with 2 second half goals, bringing his per-game career Club World Cup scoring average down to a measly 2.5. Suárez is now tied for the all-time WCC scoring lead with 5 goals even though he’s only played in 1 tournament and 2 total games; the two players he’s tied with needed 3 tournaments to reach that many scores: Messi did it in 5 games, while fellow Argentinian César Delgado of Mexico’s Monterrey needed 6 matches. The man is a beast, and, oh yeah, THE BEST GOD DAMN PLAYER IN THE WHOLE WORLD right now. Celeste fans can’t wait until March, when he will once again be putting his talent to work for the national team.

How the Grinch Stole £1.3 million

And speaking of long suspensions, remember back in June when it seemed as though the soccer world was finally rid of one of its most corrupt figures? Well fans, as Christopher Lee would tell you, killing bloodsuckers is hard work, but it looks as if Count Blatter’s end may finally have come this week, as FIFA’s Ethics Committee (try to say that with a straight face) put the proverbial stake through his heart: an 8 year ban for (allegedly) bribing Michel Platini during his 2011 run for re-election. I mean, there’s so much to laugh at here: first of all, going down over 1.3 million pounds? That’s probably 0.001% of the dirty money that has changed hands during Blatter’s reign. It’s like putting Al Capone behind bars for stiffing the shoeshine boy!

Second, Michel Platini is involved (he also received an 8 year suspension). Platini has been one of Blatter’s biggest political rivals for years, positioning himself as the clean alternative to Sepp’s dirty dealings. Now it turns out he was in Blatter’s pocket the whole time! Look fans, everyone who is anyone in international soccer has enough skeletons in his closet to make a couple of Pirates of the Caribbean sequels. They’re all dirty; they’re just fighting over who gets to empty the piggybank while nobody’s looking. I mean, it’s nice that some of these cats are getting their comeuppance, but they’re just cogs in the machine, and the machine will keep running as long as there’s money to fuel it. The FBI can’t get them all.

Fourth, Blatter’s reaction to the news was precious. Both he and Platini claimed that the money was payment for legitimate services, although neither could recall what those services were. I mean, I know I am constantly forgetting what I did to earn those million pound checks! Blatter went further, blaming “an administrative error” and claiming he wasn’t down for the count. “I will fight,” he said. “I will fight for me and I will fight for Fifa.” He then tried to garner sympathy by crying all over his expensive suit: “I’m really sorry. I’m sorry that I am still somewhere a punching ball. As president of Fifa, I’m still this punching ball. I’m sorry for Fifa. I’m sorry for football. I’m also sorry about me. How I am treated in this world.” I mean, doesn’t your heart just cry out for the guy?

Lastly, the timing of this is just delicious, at least for those of us who root for La Celeste. As THE BEST GOD DAMN PLAYER IN THE WHOLE WORLD readies his return from the most ridiculous, knee-jerk, look-over-there-and-pay-no-attention-to-the-man-behind-the-curtain disciplinary action in the history of the beautiful game, the people responsible for erecting the system that handed it out are about to get their own lengthy involuntary vacations. Let’s see how they like it.

Just, whatever you do, don’t turn your back on Blatter’s corpse as the end credits roll.

And that’s it for me, fans! I hope you have a very Merry Christmas. Here’s a little something to get you started: