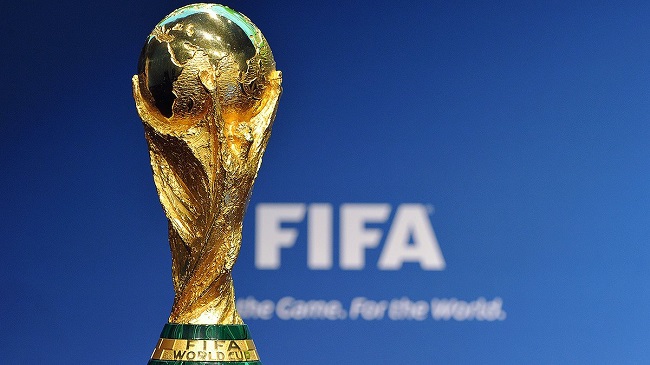 Hello fans! It’s El Bolso again! You know, with the Uruguayan league in the middle of the off-season break and the World Cup qualifiers on hold for 3 more months, I was getting antsy about having things to talk about, but to the rescue comes FIFA! Yesterday, the organization’s board approved President Gianni Infantino’s plan to expand the World Cup to 48 teams (a 50% bump!!!), and as you might imagine, I have a few things to say about it.

Good for the Goose

Ok, let’s get this out of the way: as a Uruguay fan, I am THRILLED with the news. Initial estimates of updated conference berths have CONMEBOL moving from 4.5 to 6 full spots (and CONCACAF going from 3.5 to 6.5, which is silly), and that would be great for La Celeste. As I told a skeptical Jobu, this makes it a lot harder for Uruguay to miss a World Cup, and the internal drama that will explode when they inevitably do miss one will be glorious. I’m talking burning effigies of coaches being paraded through Montevideo streets, AUF leaders being stoned (and not the good kind) on the public square, players having to move abroad and never return, and so on. Can’t wait!

More likely though, it means the Celeste will be present for the big world soccer party, and try as I might to be objective, that expectation is coloring my take on this big time. Screw the rest of the world! We’re likely to be in, and that’s pretty much all that matters to El Bolso right now. URUGUAY NOMA!!!!!

But wait, there’s more: there’s a rumor going around that FIFA will push the American federations to merge their qualifying tournaments as part of this change. So there would be one big tournament across the Americas, with 13-14 berths at stake. Does that change my opinion? Pffft, no. CONCACAF has like 5 decent teams. I’ll take my chances against Panama and Curacao over having to finish with more points than Peru and Paraguay any day of the week. This is a win for Uruguay no matter what the final qualifying format looks like.

What About the Gander?

So let me try to put partisanship aside and try to think about what this means for the rest of the soccer world. You know what? I think I still like it. The negative Nancies of the international soccer press are already up in arms about the new format, claiming that FIFA is just doing it for money. NOTHING COULD BE FURTHER FROM THE TRUTH. People are throwing numbers like 1 billion in additional revenue around. Do you know how many high class hookers and shady bribes a billion dollars buys? A lot. A whole hell of a lot. This isn’t chump change, people. And look, I bet even after all the hookers and bribes, 5-6% of that money will make its way to national federations that could really use it, so it’s not all about FIFA executives filling their pockets even more.

Here’s the thing though: expecting FIFA to do something independently of financial implications is like hoping Donald Trump will make a move just because it’s the best thing for the country. I mean I guess you can wish upon a star, but really you’re being a naive moron. So spare me the rending of garments about how this is a money move. Let’s just see if we like the consequences: more teams in the World Cup, more berths going to lesser conferences, more countries you’ve never heard of and whose names you can’t even pronounce joining soccer’s biggest event. Oh, the horror! How dare FIFA let the riff-raff in! I’m good with more teams getting to experience World Cup fever. Spreading the wealth around is good for the soul, no matter what your crazy right wing uncle keeps telling you. The only people who worry about more teams making it to the World Cup are the teams that usually have little trouble getting there, like Germany and England.

But El Bolso, you say, what about the quality of play? How will we survive all those awful Germany-Haiti matches? I’m guessing you don’t watch Uruguay play on a regular basis. Will the early games, on balance, be as competitive as they have been with the 32 team format? Probably not. Is that a bad thing? Balanced games are not always fun. Sometimes you end up with a bunch of teams that know one goal could make the difference, so they circle one another for 90 minutes like has-been prizefighters too scared to throw the first punch. If all of a sudden we’re watching a bunch of newbie teams getting crushed by 5 or 6 goals, is that really worse than the ode to boredom that so many current World cup games quickly become? If those teams are happy getting stomped on because it means they get to share in the joy of participation (and those nice World Cup dollars), who are we to judge? And if you never let them in to face the big boys, how are they supposed to know what the next level looks like? The whole thing smacks of pseudo-benevolent colonial thinking. Oh no, say the established (mostly European) powers, we can’t let this happen to the poor (brown) colonials, their self esteem will be crushed! We need to protect them because they’re not worthy of stepping onto the same field as our glorious squads. Spare me.

I’m trying, fans, and I’m still not seeing a big downside to this. Yes, that’s a lot of additional teams, and yes, the overall competitive balance might suffer, but overall more participation isn’t a bad outcome. You might be able to mount an argument about this move further reducing the pool of countries that can host a tournament, but Infantino has you there too: he’s done a full 180 from the Blatter administration’s position on co-hosting and is openly encouraging nations to come together and share the burden. So let’s review: more people invited to the party, more money to go around, and more opportunities for nations to work together to build something great. I can see why people hate this idea (sarcasm). El Bolso says throw the doors wide open! Let everyone inside! Why have a ballroom with no balls?