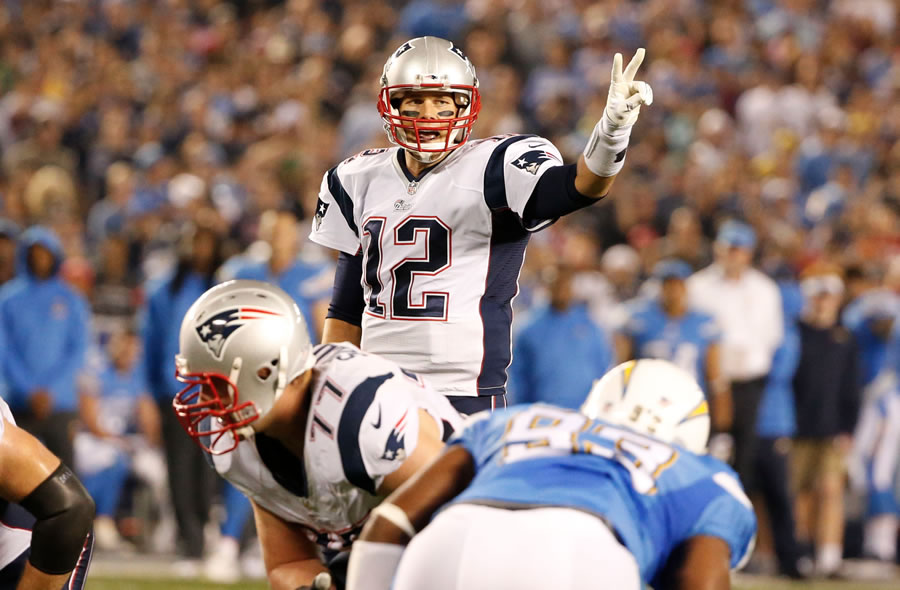 If the Pats 26-21 loss to Green Bay on the last Sunday in November could be considered a “moral” victory, I can’t help but wonder if their 23-14 defeat of the Chargers should be considered an “immoral” one. After all, they spent the entire week hanging out in Southern California and then essentially started the game by cracking the clavicle of San Diego punter and knocking him out of the game. I’m sure the fact that the excitement generated by the multitude of blue and red clad New England fans who had made the transcontinental flight, was not lost on the Chargers, who were ever so stylish in their throw back powder blues. I’m sure by the time it was over, Philip Rivers must have been grateful that it was only a 23-14 deficit, and not the 41-7, that it arguably could have very easily have been.

As much of a relief as it was to see the Patriots conclude a very difficult stretch of six games at 5-1, there were a few aspects of this game that have could have made things substantially easier. For one thing, their first trip to the red zone should have ended up in a touchdown and not just a field goal. The Pats should never get to the one yard line without taking several shots at running it in. Over the last few weeks they have been far too quick to abandon the run, and it has cost them. For the second time in this six game stretch, Tom Brady made an awful throw at the end of the first half that was intercepted and cost them points. If he puts a little more air under it, it hits a wide open Rob Gronkowski for another TD. In the second quarter, if Brandon LaFell holds on the ball after making a catch at midfield , then you can subtract 7 from the Chargers total, as the ball is not scooped and returned for a TD. Finally, if Brandon Browner “tackle” is aimed a bit lower, Devin McCourty‘s pick six stands. Tack on the extra point, and you have a far more one sided game then 23-14, despite the fact that they did practically nothing in the third quarter.

On the Other Hand:

You obviously don’t survive such a difficult stretch without doing some things very right on both sides of the ball. The impact that a healthy Rob Gronkowski has on their offensive has been well documented. But let’s face it, if New England is going to return to the Super Bowl this year, it will be on the strength of its defense. I predicted that in my season preview post, only to lose my nerve after they got off to such an un-Patriots-like start. Although there were a few murmurs regarding Darrelle Revis early on, it’s become quite clear the man still knows how to hold down an island, thereby making the rest of the defensive unit that much more effective. What has been nice to see recently is the development of second year linebacker Jamie Collins into an effective all around talent. Forced into the role by the loss of Jerod Mayo and Dont’a Hightower, he has clearly stepped up his game. Also, the mid season pick ups of linebackers Akeem Ayers and Jonathan Casillas, have once again made Bill Belichick and his staff look like geniuses, as they both made major contributions in the win over San Diego.

Now all the Pats have to do to assure themselves the top seed in the playoffs is run the table. Actually, that’s something that is probably more difficult than it appears. It was a late season loss in Miami last year them cost them, and I’m sure they are keen to avoid that this year. Fortunately they have the Dolphins in Foxboro, so I expect they won’t let down in front of their home fans. Going to New York after that could be tricky, as the Jets always seem to play the Pats tough there, and will likely be up for what will probably be Rex Ryan’s last home game as head coach. I wouldn’t take Buffalo too lightly either, as their strong front four tends to give Brady and the Pats trouble. Well, as the saying goes, “That’s why you play the games…”