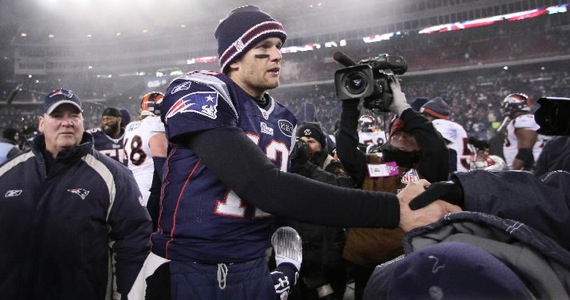 Jerry Ballgame alters his previous Super Bowl prediction and fires the first shot in the first ever inter-staff rivalry at Jobu’s Rum!

I knew I was going out on a limb when, what seems now to have been a totally different season ago, I predicted my New England Patriots would ruin Green Bay’s undefeated season with a decisive win in Super Bowl XVLI. It turns out that it was two limbs I hadn’t gotten myself on, and it was the seemingly sturdier one that snapped. Granted, the Giants, led by an impressive Eli Manning effort, had a little something to do with the Pack’s fall from on high, but I expect that this loss will haunt Coach McCarthy all off-season long.

For starters, the onside kick attempt did not appear to take anyone on the Giants’ receiving team by surprise. The first row of blockers made no movement to fall back and easily recovered the ball, thus setting up the offense at mid field. Speaking of mid field, why did Green Bay choose to go for it on 4th and 5, when there was still something like eleven minutes left in the game? I realize they were on the short end of the score at that point, but did they have so little faith in their defense that they would risk giving New York a short field to work with? I probably just answered my own question. I’m sure McCarthy’s confidence in his “D” had to have been shaken badly by the half-ending “Hail Mary” pass. In introspect, that’s 21 points you’re talking about, and the game.

I’m not trying to take anything away from the Giants effort….who am I kidding? Of course I am. The outcome of this game is as much about how you finish out a season as it is anything else. Resting players in the final game before experiencing a bye, plus the likelihood of preparing for the wrong team, totally messed with what had been a very effective Packers’ offense.  The Giants are playing good ball, and I expect them to get past the 49ers, but I predict they will fall to the Patriots in what will be a rematch of the ’07 Super Bowl.

Speaking of New England, I can’t help but notice that the limb I thought I was out on with them was secured by a Branch. Deion Branch, to be precise, and his 61-yard touchdown catch against the Broncos. The relative ease with which the Brady-led offense was able to score against what many considered a decent defense, meant this game was never a contest.

Talk about out foxing yourself! There had been much speculation on the talk shows in Boston as to what the Pats might do to reverse their tendency to spot the other team two or three touchdowns before roaring back. Some thought they might go right to the ‘no huddle’. Others, that they might elect to receive the opening kickoff rather than defer to the second half. Denver’s Coach Fox played right into Belichick’s hand when he won the toss and decided to kick off. It took less than two minutes, and a 43-yard run from Hernandez, to show the wisdom of that strategy.

Baltimore will present a significant challenge to the Pats this weekend. Safety Ed Reed is a personal favorite of Coach Bill, and considered by many to be the best ever at his position. Ray Lewis may not be what he once was, but he’s still very scary. On the other side of the ball, Ray Rice will have to be contained if New England is going to make it to Indianapolis in about two weeks.

But I believe they will. The two keys to the Patriots win will be the ‘no huddle’ offense, and their much maligned defense. It’s difficult to evaluate the progress of the ‘D’  based on their performance against Denver, but there is a sense that they are relatively healthy and getting strong performance from safety Patrick Chung and linebacker Brandon Spikes. So I’m looking for a 31-12, victory for the hometown team.

Then, after two weeks of discussing everything from how elite is Eli Manning to whether or not Benjamin and Jack Brady will be soccer players or quarterbacks; the Pats will win the rematch 27-17.