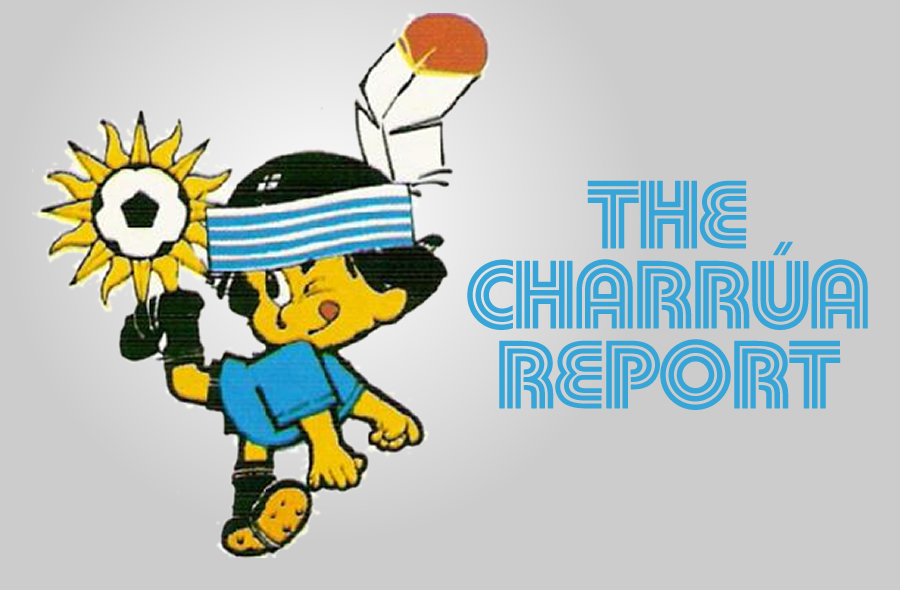 And then, one day, it finally happened, fans! 640 days later, Luis Suárez once again put on the glorious Celeste for a meaningful game, ending one of the most ridiculous, overcompensating, knee-jerk (emphasis on jerk) disciplinary decisions in the history of FIFA. How did that impact the 2018 World Cup CONMEBOL qualifiers? Let’s find out!

NO CHANCE! That’s what Uruguay had in this game, people. Going into Brazil to win a world cup qualifier is no picnic in the best of circumstances; Uruguay had to do it without its top 5 defenders. Injuries to José María Giménez, Emiliano Velázquez and Martín Cáceres (whose ligaments are apparently made of that snotty stuff they use to stick inserts into magazines),  and suspensions to Diego Godín and Maxi Pereira meant the Celestes were scrambling for people in the back line. How desperate were they? Enough to call up 3 of Nacional’s starting defenders, 2 of whom were actually on the field when this game began. Look, I love my Tricolores like a play cousin, but even I know that when Jorge Fucile and Mauricio Victorino are in the Celeste lineup, things aren’t going according to plan. I mean, Diego Polenta was on the bench, for crying out loud! This was not looking good.

Still, Óscar Tabárez had a job to do, and he did it as well as he could given what he had to work with. He paired Sebastián Coates with Victorino in the center line, and brought Álvaro “Little Stick” Pereira back to patrol the wings with Fucile.  Then, I imagine he got on his knees and prayed to whatever god would listen. Still, while the back line was, um, shall we say “improvised,” things on the other end were looking up. It’s not every day to get to bring THE BEST GOD DAMN PLAYER IN THE WHOLE WORLD (TBGDPITW) back into the lineup!

From Bad to Worse

If a positive result looked unlikely before the game, it felt damn near impossible after the first 25 minutes, as early on the Uruguayan defense was having trouble stopping anyone on the Brazilian attack. Pereira and Fucile were struggling big time, and they weren’t getting any help at all from Egidio Arévalo Ríos in the midfield. As much as these guys have accomplished with the Celeste, they are all players whose time has pretty much come and gone, and it showed. A minute into the game there was a long ball into the right corner of the Brazilian attack for Willian. Pereira pretty much refused to go after it, which forced Coates to come out to the wing. The ensuing cross from the Chelsea forward bounced right past Fucile and Victorino (neither made the slightest attempt to clear it) and right to the foot of Douglas Costa for an easy score. This was not good news.

In the 25th minute, the news got worse. Neymar made a great run through the middle of the field and sent a needle-threader into the heart of the box for an onrushing Renato Augusto. In all fairness to Pereira, he did manage to put himself in great position to cut the ball off (it’s amazing what he can accomplish when he actually tries). Of course, he then performed his best “Chevy Chase in SNL” impression, tripping on the ball and falling on his face. This left… Renato? Augusto? Renato Augusto? Who the hell knows. This left… the Brazilian attacker one on one with Fernando Muslera, and he didn’t miss. The rout was on.

Remember that scene in Blazing Saddles where the townspeople run into Sheriff Bart’s office to tell him that Mongo is in town, and he starts putting on his gun belt, and they tell him that shooting Mongo is only going to make him mad? Well, The Celeste has always had a little Mongo in its DNA, and this game was no exception. Rather than give up once Brazil went up by two goals, Uruguay found its groove and took it to the Canarinha, and wasted no time doing it. Just five minutes after his pratfall, Pereira himself got things started, sending a long cross into the box. The ball found Carlos “The Duck” Sánchez waiting by the far post, but rather than attempt a difficult shot on goal with a defender hanging all over him and the keeper in the way, Sánchez deftly headed the ball backwards for Edinson Cavani. El Matador poked it past the Brazilian keeper, and suddenly we had a game in our hands.

And then, it happened: the moment El Bolso has spent nearly two years waiting for. Just a couple of minutes into the second half Palito Pereira once again took possession on the left wing (you have to give him credit for stepping up his game after the early miscues), and sent a through ball into the box that made Neymar’s earlier effort look pedestrian. Luis Suárez (TBGDPITW, as he shall now officially be known), and David Luiz (who is giving Joe Hart a run for his money as the player who least wants to see Suárez ever again) battled for position; TBGDPITW won, and one-timed a low shot that got past Luiz, past the keeper’s diving attempt, and into the back of the next for the equalizer. Hoooooo-leeeeeee shit!

Uruguay controlled the rest of the game pretty much at will. The Brazilian attack couldn’t do much against the rejuvenated Uruguayan back line, and the ball got farther and farther away from Muslera as the minutes ticked by. TBGDPITW had a late chance to pull out an unthinkable victory, but the Brazilian keeper did well to poke that one away. Regardless, the 2-2 tie feels much more like a Uruguay win, and probably took away a good chunk of Dunga’s job security. I wouldn’t be surprised if the Brazilian coach got his pink slip in the next few days. When the going got tough, his team just wasn’t up to the challenge. The Brazilian frustration boiled over into the postgame handshakes, as Neymar (whose second half yellow will keep him out of next week’s match against Paraguay) tried to start something with poor little Jorge Fucile. Fortunately, Luis Suárez cooled things off by pulling his Barcelona teammate away and whispering sweet nothings in his ear.

There’s another round of games early next week, so I’m not going to waste any time talking through standings; we’ll deal with that next time. For now, let’s just appreciate what a huge accomplishment this was for the Celestes: coming into enemy territory with a back line held together by sunshine and lollipops (to say duct tape would be an insult to duct tape, really); facing a Brazilian squad in desperate need of 3 points; going down by 2 goals early on and looking as bad on defense as they have for a long time; to then pull themselves back together to come away with a tie that by the end of the game the Brazilians were lucky to have? That’s the stuff of direct-to-video installments of that crappy Goal! movie franchise, fans. Uruguay made a huge statement in this game.

Let’s just hope that they can keep the momentum going into a Tuesday night matchup at home against Peru. As any long-suffering Celeste fan knows, it’s never the tough games that do us in; it always seems like this team comes up huge when no one expects them to, and then squanders the advantage by giving away easy points. The next game is one the Celestes should win; if they do, there’s a good chance that, for the first time in decades, they’ll spend Intercontinental Playoff Week watching the games on TV and leafing through Spanish-Russian dictionaries. But before all that, they must step onto the Centenario Stadium pitch next week and make another statement. Let me tell you from experience, it’s not gonna be easy, even with TBGDPITW back in the fold.

After all, Celeste just pawn, in game of life.