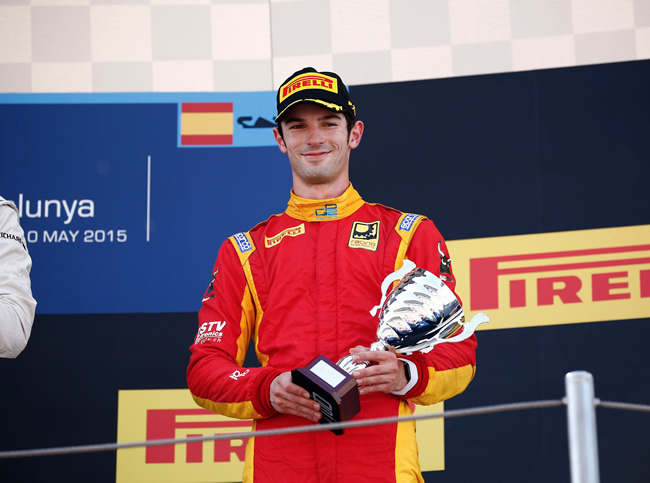 As much as it would be fun for me to be writing about the New York Yankees, I’ll defer that to Lord Jobu and his keen insight. But I do want to talk about another Yankee, and how this American could be the key to cracking the code for U.S drivers in Formula 1, and quite possibly F1 in mainstream America. California born Alexander Rossi has been quite the mover in every series in which he has competed. From being one of the youngest winners in the Skip Barber National Championship history, to mounting a successful 2015 FIA GP2 campaign and getting the call to compete for five of the last seven races of the 2015 F1 World Championship for Manor F1, Rossi is clearly at the start of a very promising career. Can he bridge the gap from being an outsider looking in, to earning a full seat at the highest level of motorsport?

Americans have a rich history in Formula 1. The crown has been earned by Phil Hill in 1961 and Mario Andretti in 1978, and 54 drivers have competed over the years since the beginning of the championship. Major names such as Roger Penske, Bobby Rahal and Carroll Shelby have all donned the moniker of F1 driver, but there has never been a solid presence of Americans in the sport. The last full time driver to race for America was Scott Speed in the 2006-2007 years for Scuderia Toro Rosso. This certainly has nothing to do with the talent of the drivers that are in the United States.

The US participation in F1 has been sporadic over the last couple of decades due to a number of reasons, but notably is that we don’t have representation in the driver field. Like any good sporting event, the home field needs their home team. Well, we finally have a permanent home for F1 in Austin, Texas. 2016 will bring Haas F1 Team, a new American constructor to the sport after nearly four decades of waiting and many failed pretenders. The factory teams have all stated that the key to longevity for the F1 circuit is to grow their presence in America. Many of the current F1 drivers have homes in the United States, and they love the fans and the racing here. F1 needs America now more than ever, and the time may finally be right for an American to break through to the world stage.

As I write this, Rossi will have been in the Manor F1 car a whopping three hours of practice time to prepare for one of the most physically demanding and technically challenging tracks in the world, the street circuit of Singapore. This is the equivalent of Triple AAA baseball player being called up to play for a Major League team, while competing in the playoffs and in a different position than he normally plays. To say this is a tall order is very much an understatement. The media attention on this 23-year old has been immense, and for good reason. He has only five races to prove that he belongs in the paddock for 2016. So far, his first start seems positive, but the Manor F1 car is a dog and will not be competitive. This fact alone will be hard for many new viewers of the sport to understand, but let’s not forget that many others started the same way.

Fernando Alonso began his journey in an uncompetitive Minardi and Sebastian Vettel proved the impossible in an lackluster BMW Sauber and Toro Rosso (ironically replacing the last American to compete full time in F1). Rossi has the talent and the financial backing to launch a career in F1, and this looks like his chance to prove it. He’ll need to out-qualify and beat his teammate over these next few races, all the while trying to finish the GP2 championship strong. He’s in a good spot now, but anything can happen in racing, and certainly on the twisty night race in Singapore. The stage has been set for the characters, now it’s time to drop the lights and begin the show. I know where I’ll be on Sunday morning.

Born from wolves and raised on methanol, Papa Wheelie comes from a long line of motor-heads and adrenaline junkies. Formula 1 and MotoGP are his sports passion, but he also enjoys fine tequila, electronic music and furry animals. You can reach him on Twitter @PapaWheelie11
Tweet