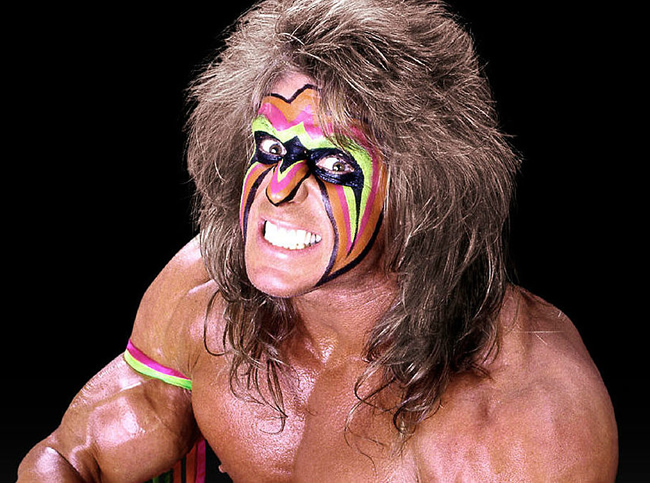 The WWE Universe got some pretty shocking news late on Tuesday night, when Warrior, aka Jim Hellwig, aka the Ultimate Warrior, a former WWE superstar and recent WWE Hall of Fame inductee, passed away suddenly in Arizona of an apparent massive heart attack.a The news is made even more shocking, because Warrior had recently found his way back to the WWE after a nearly 20 year exile. Fences had been mended with the company, and he had even signed a “Legends” deal with the WWE. Let’s take a look back at the life of one of the most exciting WWE superstars of all time, The Ultimate Warrior.

Let’s start with the man himself, as he was originally known, Jim Hellwig. Hellwig started his sports entertainment career as a bodybuilder in the mid 1980s and had some success, even winning Mr. Georgia in 1984.b As fate would have it he, as well as a man named Steve Borden aka “Sting,” were invited, along with other bodybuilders, to make the transition into professional wrestling. The rest, as they say, is history.c Warrior then went down to the CWA in Memphis to wrestle as one half of the Blade Runners (Warrior was Blade Runner Rock and his buddy Sting was Blade Runner Flash). The tag team was a total rip off of the Road Warriors, with face paint and such, but so were Demolition, the Powers of Pain and countless other teams of the era, so who cares? Eventually, he ended up in Fritz Von Erich’s WCCW (World Class Championship Wrestling), where he wrestled as “Dingo Warrior” and even won the Texas Heavyweight Championship in 1987.d That’s when the greener pastures of Vince McMahon’s WWF came calling. 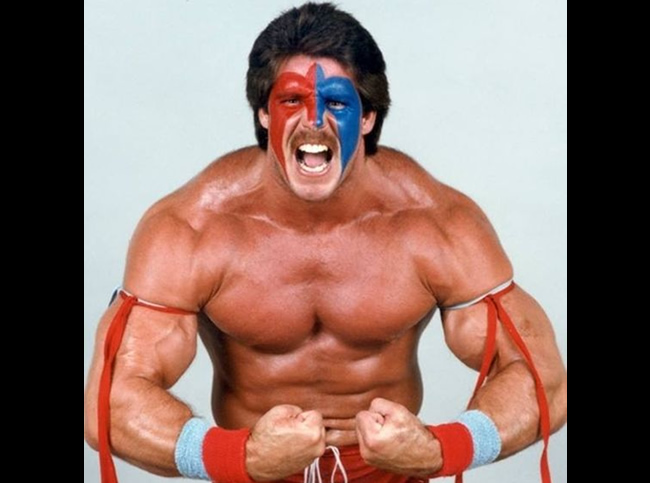 Hellwig debuted in the WWF in June of 1987, originally as the Dingo Warrior on non-televised shows before making his TV debut on WWF Wrestling Challenge as the Ultimate Warrior in October. The fans immediately took to his high-energy performances, which included sprinting to and around the ring and violently shaking the ropes to fire up the crowd. He also wore face paint (which he had already been doing), and who doesn’t like that? He started his career by beating up jobbers (like Barry Horowitz, whom we profiled a little bit ago) for a while to get his character some credibility with the crowd, before engaging in his first feud, with Hercules Hernandez, against whom Warrior had his first Wrestlemania match (at Wrestlemania IV).e

Less than a year into his WWF career, Warrior would destroy the Honky Tonk Man at the first Summerslam in 1988 to win the Intercontinental Championship. Honky Tonk had been, and remains, the longest reigning IC champion in history at 454 days, so the 27 second decimation was kind of a big deal. As champion, Warrior almost immediately entered a well known feud with “Ravishing” Rick Rude (whom I discussed on the blog a few months ago). Rude and his manager, Bobby “The Brain” Heenan, used nefarious tactics to beat the Warrior for the belt at Wrestlemania V, but Warrior ultimately (ah?) prevailed, winning the strap back at Summerslam ’89. Back then, the Intercontinental championship was used as a springboard to raise talent from the mid-card to main event status. Since the Ultimate Warrior was believable and popular as the IC title holder, Vince and the brain trust decided that it was time for him to move on to the WWF Championship picture.

The way they began Warrior’s transition was pretty unprecedented. They sent Warrior to house shows around the country, where he defeated Andre The Giant numerous times. These matches, like his match with Honky Tonk back in 1988, featured Warrior jumping all over Andre early and pinning him for quick victories, often before the bell had even run to officially start the match (which Andre would then complain to the refs about). Although he was on the tail end of his career, Andre was still a marquee name in the industry, and was still a Giant. Beating the man who just a few years before seemed like an insurmountable challenge for the great Hulk Hogan, and beating him handily in a short amount of time, really showed the crowd that Warrior was a force to be reckoned with. At the 1990 Royal Rumble, Hogan and the Ultimate Warrior were left in the ring alone at one point, electrifying the crowd and cementing the main even to be for Wrestlemania VI in Toronto.

That confrontation, to me at the time anyway, was one of the biggest in the history of wrestling. Hulk Hogan, the biggest star of the 1980s, and the most recognizable professional wrestler in the world, would be taking on the Ultimate Warrior, the hottest new star in the company. My little 7 year old head didn’t know what to think. For one, they were both good guys, which already messes with the mind of a fan and is a true test of how popular a guy really is. When the fans aren’t predisposed to booing one guy, the more popular guy will get their cheers. In this match, the clear favorite was Warrior. People were tiring of the Hulkamania era, and so the crowd erupted when Warrior pinned Hogan for the win. This truly was one of the most memorable feuds in WWF history, and gave birth to one of the most famous and bizarre promos in WWF history too…

Yep, the Ultimate Warrior may have been bat shit crazy, but he sure was uniquely entertaining. Unfortunately, and for whatever reason (whether the chase was better than the actual reign or what I don’t know), Warrior’s championship reign was not a successful one. Eventually, he dropped the belt to a returning Sergeant Slaughter, who used an Iraqi sympathizer gimmick to become the most hated heel in the business at the time, at the 1991 Royal Rumble. The happenings of that match did lead to another memorable feud for the Ultimate Warrior, and he eventually beat “Macho Man” Randy Savage in a retirement match at Wrestlemania VII. After then feuding with the Undertaker, Warrior left the WWE amid a contract dispute with Vince McMahon.

He would return several times over, most notably to help Hulk Hogan in Wrestlemania VIII and for a stint just before the Attittude Era began in 1996 (his last PPV was King of the Ring that year, when Steve Austin famously came up with his Austin 3:16 tagline), but his career was never the same. He even resurfaced as a last ditch effort by WCW to stave off the charging WWF during the famed Monday Night Wars, but he was booked as almost having supernatural powers, appearing in Hulk Hogan’s mirror (why could the home audience see it and not Hogan’s chronies?) and using knockout gas to clear the ring of baddies (no one in the audience fell asleep). This didn’t go over well with audiences, although I do remember being glued to the TV when he debuted for the company, so the character still had some appeal at least.

That was pretty much the end of Warrior’s mainstream wrestling career. He became a motivational speaker and eventually a right-wing republican speaker, whose words often drew the ire of fans and non fans alike, but I mostly didn’t pay attention to him during those times. I was happy when, just a few months ago, it was announced that Warrior had reconciled with the now WWE, and would be inducted into the Hall of Fame, which happened just this past Saturday in New Orleans, the day before Wrestlemania XXX. Warrior then appeared on Raw the next night, setting foot in a WWE ring for the first time in nearly 20 years to thank his legions of fans. 24 hours later, he was gone. It was sad to me that Hellwig passed when he passed. He seemed to have buried the hatched with Vince McMahon and the WWE (even forgiving the company for producing the infamously scathing “The Self Destruction of the Ultimate Warrior” DVD), and also seemed to be writing a new chapter in his career. Looking back at the video knowing that he passed away, I see that maybe he didn’t look quite right, but at the time I thought nothing of it. Anyway, like so many WWF/WWE superstars from his era, he died too soon, at just 54 years old.

Thank You Warrior, for all the entertainment. We at Jobu’s Rum send our love and support to the Hellwig family.